I. “Card” Youth on Their 21st Birthday

A most dangerous practice has become common. It’s consuming 21 alcoholic drinks when a person turns 21.

No one should ever under any circumstances consume 21 drinks within a short period. This can easily cause alcohol poisoning and death.

What can we do to discourage this emerging passage rite? No one knows for sure. But students who receive a special 21st birthday card may be less likely to abuse alcohol. The card alerts them to the dangers of alcohol poisoning.

Researchers conducted a survey of 1,731 Michigan State University students. Those who had received the card were 6% less likely to get drunk on their birthday.

The card reads “You’re turning 21… CELEBRATE!” Inside, the card says “We want you to turn 22… celebrate responsibly!” The card describes the tragic death of a student who died on his 21st birthday from an overdose of alcohol.

Each card comes with a wallet-size card with helpful information about alcohol poisoning. A non-profit group, BRAD (Be Responsible About Drinking) sends the cards to thousands of students across the country. People can request cards by visiting the site.

Most colleges no longer schedule classes on Saturdays and in recent years Friday classes have almost disappeared. Similarly, colleges schedule very few classes at 8:00 in the morning. In addition, many students complain that 9:00 classes are “too early.” Clearly, such scheduling enables students to party late. They don’t have to face the sobering reality of early classes.

Research suggests that colleges and universities can reduce the heavy consumption of alcohol often associated with Thursday nights. They can schedule classes on Friday mornings, especially classes required of freshmen and sophomore students.

Importantly, the researchers found little evidence for compensatory drinking on Friday and Saturday among those with early Friday classes.

The effect of Friday classes was especially strong among some population groups. They included men and Fraternity members. These groups are more likely to drink heavily and to engage in so-called binge drinking. (Learn why college students actually rarely binge drink.)

Scheduling classes on Friday mornings would appear to be wise as a no-cost way to reduce underage alcohol abuse. It’s also a way to utilize facilities more effectively and reduce the need for expensive new construction.

III. Divert/Educate Instead of Punish 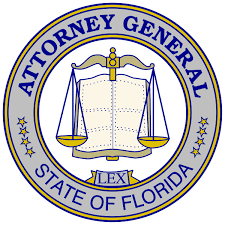 Florida’s Attorney General has a program to help college students avoid jail for a minor mistake. For certain misdemeanors, the program offers some first-time offenders an opportunity at diversion.

About two-thirds of the defendants in the program are there because of underage drinking. Most are very cooperative and thankful for the opportunity to avoid having a criminal record for an infraction.

About 2,000 people participate in the program each year and fewer than 10% commit another crime.

“As a condition of the deferred prosecution, defendants are required to pay a $200 fine, complete one day at a county work program within 90 days and watch a video that explains the diversion process and reminds them that their crime could have sent them to jail.

“Although the arrest remains a blemish on an otherwise clean record, the case is filed as a no-information charge. That means if the defendant is asked on a job application about any previous convictions, he or she can truthfully answer ‘No.’“2

After diversion is successfully, the program drops all charges. In addition, students can have the charge taken off of their record for a fee.

Grade inflation enables students to party rather than study. It has generally become very easy to receive acceptable grades with a minimum of time and effort.

Parents should teach safe drinking to their college-bound high school teens. College students also need to learn how not to drink and how to drink less, says Dr. Dwight Heath.

It once was a unanimously happy occasion when a student was accepted at the college of his or her choice. But that enthusiasm has been dampened somewhat.  That’s because of reports of sexual assault, rape, violence, and deaths associated with binge drinking on college campuses.

We could blame the media for sensationalizing these stories. Or we could blame the universities, or society as a whole. But none of this will mask the grim reality that too many college students drink too much. And that there are serious risks involved in their doing so.

What are you, a parent of a college-aged student, to do? It may be tempting to warn students about the dangers of drinking. But adolescents already have heard most of the warnings and even may have seen some of the consequences. A majority already have done some experimenting on their own.

Research holds that more than half of high school seniors already drink more than once a month. Even if they are not bingeing, they know that it rarely appears to have lasting consequences. For many teens, the risks seem exaggerated, and the pleasures of drinking certainly are not discussed in health class.

They also know that soon they will have easy access to beer and other alcoholic beverages. Perhaps they have it now. They know they will face considerable peer pressure to “be sociable,” “relax,” and “have fun.”

Anyone who cares about an aspiring college student should respect that person enough to discuss the risks of excessive drinking.  Just as they would about the risks of using drugs or of careless spending.

As a parent and longtime member of a university community familiar with drinking problems in many countries, I am convinced that most young people should learn both how to drink, and how not to drink. The latter might mean declining a drink, avoiding certain places or people, or holding a glass for a long time.

For many adults, it’s fun to drink in moderation –with food, with talk, with no intention of getting drunk. Moderate drinkers  are at less risk for developing cardiovascular disease and have lower all-cause death rates. That’s in comparison to either non-drinkers or heavy drinkers.

People don’t have to drink if they don’t want to. We know that individuals vary enormously in their responses to alcohol, and some people should not drink at all.

However, college students will have to make the decision for themselves. And do so each time they find themselves in a situation where alcohol is available. They will have to make this decision based on their own knowledge, experiences, and wants. In light of this, it is critical that parents or guardians equip their college-bound students with some realistic, practical guidelines. I suggest the following tips.

• Never drink as a game or contest, for intoxication, or to forget troubles.
• Don’t drink on an empty stomach. Eat both before and while drinking.
• Pace yourself. Until you are familiar with your own reactions to alcohol, don’t consume more than one drink per hour. One drink is a 12-ounce serving of beer, a 5-ounce glass of wine, or 1 & 1/2 ounce of liquor. Remember that carbonated drinks get alcohol into the bloodstream faster.
• Know when to say “when.” Monitor your own feelings. Be wary of any changes in mood or perceptions.

Throughout our history, there has been a love-hate relationship with drink. It seems unfair to send students off to college without at least some basic guidelines. A few simple precautions may help even the best students to enjoy and benefit more fully from their college experiences.

Dr. Dwight Heath is Research Professor Emeritus of Anthropology at Brown University. He is the world’s leading anthropological authority on drinking. His suggestion is a proven way to reduce underage alcohol abuse.

Lowering the legal drinking age would reduce heavy drinking among college students. So says former Time magazine editor and White House correspondent Barrett Seaman. He is the author of Binge: What Your College Student Won’t Tell You.

Seaman says that there would be an initial surge of heavy drinking at first. Young adults would savor their new freedom to excess. But then alcohol abuse would drop.

He cites the example of Montreal’s McGill University which enrolls about 2,000 American undergraduates each year. “Many, when they first arrive, go overboard, exploiting their ability to drink legally. But by midterms, when McGill’s demanding academic standards must be met, the vast majority have put drinking into its practical place among their priorities.”3

Flo Tracy has been McGill’s director of housing for 26 years. In preparing for the new school year, she held a training session for about 50 resident advisors. She brought pizza, soft drinks and three cases of beer and told them they could have all they wanted. They left a whole case of beer unopened.

Tracy says Quebec’s lower legal drinking age of 18 is an important reason her students have fewer drinking problems.4 On the other hand, “huge crackdowns, abolishing fraternities, enforcing dry zones — none of that works” observes Seaman.5

In researching his book, Seaman interviewed college administrators around the country. He says “I did not meet any presidents or deans who felt that the 21-year age minimum helps their efforts to curb the abuse of alcohol on their campuses. Quite the opposite. They thought the law impeded their efforts since it takes away the ability to monitor and supervise drinking activity.”6

“The thing is, there are smart ways of drinking and there are stupid ways of drinking,” Seaman says. “If you can get more people drinking smartly, you’re going to have a safer campus.”7 This is a promising but controversial proposal to reduce underage alcohol abuse.

Seaman says we can reduce drunken driving that drunken driving by following the example of Norway. It throws the book at DWI offenders without regard to age. DWI is DWI.

To discover more about this proposal, visit Drinking Learner Permits.

Vander Ven, T. Getting Wasted. Why College Students Drink Too Much and Party so Hard. NY: NYU Press, 2011.

3 Seaman, B. How bingeing became the new college sport. And why it would stop if we lowered the drinking age. Time, August 21, 2005.