In this interview, Dr. Dwight Heath shares some of his knowledge and insights on reducing alcohol-related problems. He is the world’s leading anthropological authority on alcohol and drinking. He has studied studied cultures around the globe. As a result, he understands how drinking patterns are related to the prevalence (or absence) of alcohol problems.  He is interviewed by your host, David Hanson.

Dr. Heath, your work has demonstrated amazing variability in how people think about and use alcohol around the world. Could you give an example of how attitudes toward alcohol differ from country to country?

I’d be glad to. Attitudes toward drink are very important because they greatly influence drinking behaviors. In France, because wine is considered a food rather than an alcoholic beverage. It is available in school cafeterias, and airline pilots historically had it with their meals.

Children are taught how to drink wine in their family and can buy it easily at grocery stores. In contrast, in Sweden until recently, no one could buy alcohol except by written request. And all alcohol was sold in a state monopoly store.

Further, it has been repeatedly shown that members of religious groups prohibiting alcohol are disadvantaged if they drink it. The lack of guidelines leads to a high proportion of problems among those who do consume. Alcohol is forbidden but said to be empowering, sexually arousing, and disinhibiting. So is it any wonder that they often drink heavily and then behave obnoxiously?

You raise a significant point. That is, what people think and believe about alcohol influences their drinking behavior. Could you elaborate? 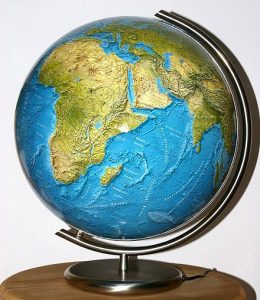 Yes. Expectations — what people expect alcohol either to do to or for them — influence how they behave when drinking. There is overwhelming cross-cultural evidence that people learn how to be affected by drink. That is, how they are to feel and act.

Also, many experiments have been done under strictly controlled conditions (double-blind, with placebos) in different cultures. What they show is clear. People are affected far more by what they think they have drunk than by what they have actually drunk.

So teaching that drinking alcohol, even in moderation, leads to bad behaviors would tend to be counterproductive?It would appear that we should be careful not to stigmatize alcohol and the people who drink it in moderation.

That’s right. People tend to conform to expectations. Such a negative approach tends to create a self-fulfilling prophesy. That is, it tends to bring about the very behaviors that it seeks to prevent.

It would appear that we should be careful not to stigmatize alcohol and the people who consume it in moderation.

Indeed, we have to be very careful in the messages that we send. It isn’t helpful to stigmatize a product that, when used in moderation, is associated with better health and greater longevity. That is, in comparison with either abstaining or drinking heavily. This is especially the case when to do so tends to increase those problems that do exist.

But isn’t it necessary to warn young people about the dangers of abusing alcohol?

Yes. It’s essential that we teach everyone the dangers of abusing alcohol. But in doing so we must be careful to distinguish between drinking in moderation and drinking abusively.

What else can we learn from other societies?

In societies that successfully control alcohol abuse, young people usually learn how to drink at home from their parents. In learning how to drink, they are also learning how not to drink. This helps promote moderation and reduces abuse. Importantly, this learning occurs in a caring, safe, supportive environment – – not in a raucous fraternity house or military barrack.

Again, groups that promote abstinence as the only option tend to experience more problems among those who do drink.

Thank you for sharing your experience and observations, Professor Heath.

Dwight B. Heath is Professor Emeritus of Anthropology (Research) at Brown University. He  has authored over 200 articles or chapters in scientific books and journals around the world. Dr. Heath has also written or edited over a half dozen books. He is an expert on reducing alcohol-related problems