Credit Mothers Against Drunk Driving for pushing lawmakers in the 1990s to toughen penalties and lower blood-alcohol thresholds for drunken driving. That works.

But the drinking-age law is a laugh. And I’m not even grinning. Lots of kids drink, especially during their college years.

Law-enforcement officers have been given a mission. And some Franklin County deputy sheriffs are specifically assigned to bust ’em, book ’em and throw ’em in the clink if they’re underage and drinking alcohol. 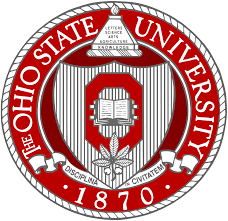 Columbus police and the sheriff’s STOP deputies have focused on underage drinking near Ohio State University. They look for campus-area drinkers on football Saturdays. The problem is, STOP stands for Stop Teenage Opportunity to Purchase. But the deputies often are busting folks who are just months from the legal age of 21.

We all know the ultimate intent is to stem the campus-area rampages and destruction of public and private property on OSU football game days. Sometimes, it doesn’t even matter whether the Buckeyes win or lose.

Alayna DeMartini reported in The Dispatch that some underage drinkers have been handcuffed and jailed early on game days, long before any ruckus.

OSU officials already were planning to unveil a remote-booking process. That is intended to eliminate the negative experience of jailing nonviolent offenders. OSU safety spokesman Rick Amweg said officials hope to work out the kinks before the Michigan game.

“Everything we do at the jail, we can do at this place,” Amweg said. He added “and in about a tenth of the time. … When they complete the process, they’re free to go.”

Well, that depends. Sheriff Jim Karnes said his STOP posse will gladly use the remote-booking process but continue to haul underage drinkers away.

“With STOP, if you get caught, you go to jail,” Karnes said. “It doesn’t make any difference who you are or where you are. We’re trying to send a strong message to stop this underage drinking.”

The premise, of course, is that prohibition works. But it doesn’t.

Underage Drinking Not the Problem

Responses to Arguments Against the Minimum Legal Drinking Age

Here’s an idea: In a few weeks, when the thermometer is reading in the low 20s. When the first couch bursts into flames and the first parked vehicle is rolled, take one of those fire hoses and spray the crowd. Defuse the situation. Send them home cold and very wet.

We can’t arrest enough of the hooligans. Like cockroaches, there are always more waiting in the wings.

Some see the crackdown on underage drinkers as a preemptive strike against likely troublemakers. It sounds more like profiling — assuming that just because someone enjoys a beer at noon she will join the riot 12 hours hence.

That’s a leap. It’s unfair. Such tactics waste precious energy and resources down at the jail. And they keep law-enforcement officers from other pressing issues.

Still, don’t blame the folks who are enforcing the laws. That’s their job. They know better than any of us that the unnecessary but alcohol-related campus violence is a frustrating distraction from so many other problems.

Blame the rioters, and blame the prohibition. And if you don’t like the law, change it. Last time I checked, 18-, 19- and 20-year-olds still have the vote.

Restricting Alcohol Isn’t Preventing Problems posted by permission of the author, Ann Fisher. She is a columnist at the Columbus Dispatch. That’s where it originally appeared. Slightly edited.