This page will help you understand Rhode Island alcohol laws and avoid expensive fines or even jail. Not to mention time and embarrassment.

Rhode Island alcohol laws permit adults to work in stores that sell alcohol for drinking elsewhere. That is, those age 18 or older may do this. Also for tending bar. As well as for serving in venues for use on-site.

Those of any age under 21 may drink alcohol if a parent or guardian provides it. Many parents do this to de-mystefy alcohol an teach respoinsible drinking.

For those under 21, buying alcohol is illegal. However, they may work with police to entrapment clerks.

Using a false ID to buy alcohol is a crime. It’s also a crime to make, sell, lend, or transfer a false ID. Sellers may legally seize IDs that appear to be false.

Those under 21 may not drive with a blood alcohol concentration (BAC) 0.02% or higher. Nor may they operate a boat with a BAC of 0.08% or higher

The Rhode Island Liquor Liability Act requires commercial alcohol servers to do so responsibly. If they don’t, they’re responsible for any resulting damages. These can include

It’s illegal to advertise happy hours in Rhode Island. Nor may they begin until 6 p.m.


How Long Does Alcohol Stay in Your Body?

The penalty for a first conviction of underage purchase of alcohol consists of three parts. One is a required fine of $100 to $500. Another is a driver’s license suspension for 30 days. The third is 30 hours of community service

A second conviction results in a fine of $500 to $700. There’s also a license suspension for three months, and 40 hours of community service. Any third and later offenses receive fines of $750 to $1,000. Also a one-year license suspension.

The penalty for a first offense of illegal possession of alcohol by a person under age 21 is multi-part. It includes a fine up to $750, 30 hours of community service and at least 60 days of license suspension.

A second conviction includes fines up to $750, 30 hours of community service, and 60 days of license suspension. The court may also require alcohol abuse counseling. Of course, the offender pays the costs.

For a third offense, the fine increases up to $950. Otherwise, the penalties are the same as for the second conviction. 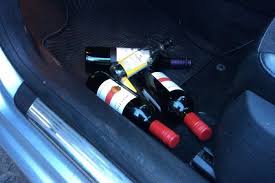 The penalties for the illegal transportation of alcohol by a person under age 21 is simple. For a first offense, it’s a fine up to $250 and a license suspension for up to 30 days. 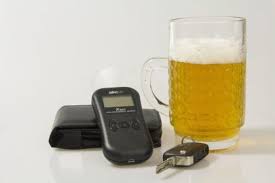 It’s illegal for those under age 21 to drive with a BAC of 0.02% or higher. The state charges them with driving under the influence (DUI).

There are three penalties for a first offense. One is license suspension for six to 12 months. Another is a fine of $500. The third is six to ten hours of required community service.

If the driver has a BAC of 0.08% or higher, the crime is driving while intoxicated (DWI). The penalties include the three listed above. However, there is a required special course on DWI along with alcohol and/or drug treatment. Of course, the offender pays for the latter.

A DUI or DWI charge resulting from a crash causing serious injury or death is a felony. That is, a major crime.

The penalty for a first conviction of a driver of any age that results in serious injury is harsh. The penalty has three parts. First is required prison for one to ten years. Second is a fine of $1,000 to $5,000. Third is a revoked license for up to two years.

A first conviction of a driver of any age that results in death is punished more harshly. Required prison is for five to 15 years. The fine is $5,000 to $10,000. There is a five-year license revocation. Finally, there is alcohol or drug treatment. Naturally, the offender pays these costs.

Rhode Island alcohol laws prohibit drivers from drinking alcohol while operating a motor vehicle. On the other hand, it is legal for passengers to drink.

Rhode Island alcohol laws require people to submit to alcohol testing if police request it. The U.S. Constitution grants the right to refuse doing so. However, the state punishes people who use that right.

The first incident in which driver of any age declines, the penalty is a $200 to $500. The state suspends the decliner’s license for six months to one year. And the driver must spend 10 to 60 hours in community service.

Later times a driver declines, the punishment leads to higher fines, jail, and other serious penalties.

However, this does not apply to refusing to take a field sobriety test. These tests are highly unreliable.  In fact 30% of completely sober people fail them. That is, about one in three people with BACs of 0.00% fail.

Not surprisingly, lawyers strongly urge drivers not to take them. They recommend politely declining. And doing so as long as necessary.

Rhode Island alcohol laws prohibit operating a vessel with a BAC of 0.08% or higher. A first conviction for offenders with a BAC of less than 0.10% carries several penalties. There is a $500 boating assessment fee and a $100 to $250 fine. The state suspends the operator’s boating license for up to 45 days. The offender must perform 10 to 60 hours of community service. Finally, the state requires completing a course on boating safety.

A first conviction for driving a boat with a BAC of 0.10% or higher carries separate penalties. The $500 boating safety assessment remains the same as does the community service. However, the state suspends the operator’s license for three to six months. And the state requires completing a boating safety course and/or an alcohol and drug treatment course.

Any later convictions within five years carry much higher penalties. They include up to five years in prison and seizure of the vessel.

Also, any offender who had a passenger 12 years old or younger faces jail for up to one year.

It’s illegal to drive a vessel if the state has suspended the license. Penalties include license suspension for two more years and jail.

Rhode Island alcohol laws require boat drivers to take an alcohol test if police request it. People have the Constitutional right to refuse. However, the state punishes people for using their right.

The state punishes them with  a required $300 fine and $700 assessment fee. It also requires them to perform up to 60 hours of community service. Finally, it suspends their boating license for one year. Punishment increases greatly with later uses of their right.

Laws sometimes seem simpler than they really are. They often have qualifications. They may conflict. Lawyers study law for years. Understanding laws is not a DIY project. So don’t rely on this site. Nor on any other site. And don’t rely on any non-lawyer.

Get information and advice about Rhode Island alcohol laws from an expert. That is a lawyer who holds a license in the state.

Alcohol attitudes and enforcement practices vary from place to place. For this reason, it’s a good idea to select one from your locale.

By now you know more by far about Rhode Island alcohol laws than most residents of the state. Congratulations!