The risk of brain atrophy is reduced by drinking in moderation. The alcohol can be in the form of wine, beer, or spirits.

Brain diseases commonly cause brain or cerebral shrinkage or atrophy. That is, a loss of cells. In brain atrophy there is a loss of neurons and the connections between them.

Sometimes the shrinkage affects both sides of the brain. Thus, there might be impairment of conscious thought and voluntary processes. The disease involved determines the parts of the brain affected and the rate of shrinkage.

Many diseases can cause brain atrophy.

Many diseases that cause brain atrophy are linked to dementia, seizures, and aphasias.

Dementia is a progressive reduction of memory and intellectual function. Usually impaired is the ability to think abstractly, to learn, to plan, and to organize.

Seizures can appear as convulsions, disorientation, loss of consciousness, or repetitive movement. 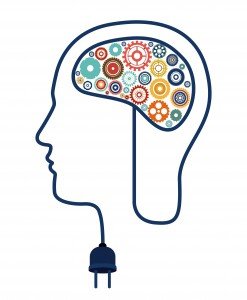 Light and moderate drinking reduces the risk of Alzheimer’s and other causes of dementia. On the other hand, heavy drinking increases the risk.

A study looked at drinking and the risk of brain atrophy. It used magnetic resonance imaging (MRI) to identify brain atrophy. Doctors studied 589 residents of New York City. They averaged 80 years of age.

Light to moderate drinking greatly reduced the risk of brain atrophy compared to abstainers. This is consistent with other research findings.