Here it is. Rum terms, trivia, and even more information about rum. Learning rum terms will help you enjoy and describe your specific beverage preferences. You can also learn rum trivia to amaze your family and friends. It’s fun!

However, producers make the beverage in over 80 countries around the world. And they’ve been distilling it for hundreds of years. Therefore, different regions have developed different traditions and taste preferences. As a result, there are many styles or varieties of rum.

Distillers make numerous choices that effect the character of their product. This includes the material they ferment, the yeast they select, and the fermentation method they use. It’s also their choice of barrel, the length of aging, and their blending decisions. The minerals in the water they add to lower the proof and the final bottled proof are other factors. 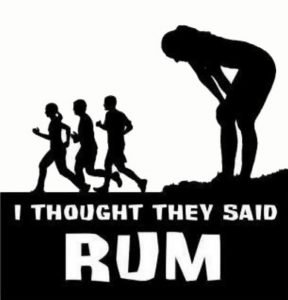 There are innumerable laws, regulations and restrictions on the production of many alcoholic beverages. This regulatory straight-jacketing reduces experimentation and prevents the evolution of those beverages. Consequently, they fall into a sometimes boring uniformity. Rum doesn’t have this problem.

People generally categoriz rum simply as light or dark. But there are many, many variations of color, flavors, aromas, and other characteristics. Producers who spice their product usually use anise, caramel, cinnamon, pepper, or rosemary.

Most people choose their favorite simply by tasting a variety of styles.

Cachaça is a sweet, spicy rum distillers make in Brazil from fermented sugarcane juice. It must be 38 to 48 percent alcohol by volume.

Knowing rum terms will help you enjoy and describe your specific beverage preferences.

ABV is alcohol by volume.

ABW is alcohol by weight.

Alcohol equivalence refers to a simple fact. Standard servings of beer, dinner wine or distilled spirit have virtually the same amount of alcohol. It’s six-tenths of one ounce.

Puerto Rico produces about 80% of all rum in the world.

Barbados rum has a smoky flavor. Not surprisingly, distillers make it on the island of Barbados.

Barrel is a unit of volume or the wooden vessel containing it. A U.S. barrel is 31.5 gallons while a British barrel is 43.2 gallons.

Barrel proof means that the producer didn’t dilute the spirit after removing it from the cask or barrel. Thus, it has a higher proof than the traditional spirit.

Barrel aging (or cask aging). Aging the distillate in a wooden (usually oak) barrel or cask. Other producers may have earlier used the container to age another spirit. Or they may have charred on the inside of it.

Barrel Proof or Cask Strength means the producer didn’t dilute the spirit before bottling it. Thus, it has higher proof than otherwise.

Cachaça (ca-shah-sah). Brazilian distillers make this spirit from sugar cane juice. It has between 38 and 48 alcohol by volume.

Caramel is sugar that has been cooked to a brown color.

Continuous still. Same as Coffeey or or column still.

Congeners are substances in alcohol. More are in darker spirits and wines. They add flavors but also contribute to hangovers.

DISCUS is the abbreviation for the Distilled Spirits Council of the U.S. It’s a trade group.

Distillation is the process distillers use to separate alcohol from water. Alcohol evaporates at a lower temperature than water. Therefore, it evaporates first and then distillers condense it back into liquid form.

Fermentation is the process of yeast converting sugar into alcohol and carbon dioxide.

Finish is the lingering aftertaste that results after swallpwing a distilled spirit.

Molasses is a by-product of making crystal sugar from ground sugar cane.

Navy strength means the spirit has an ABV of 57% or more.

Pot still. Distillers use a pot still to make one batch of spirirs at a time. Alcohol evaporates at a lower temperature than water. So they evaporate the alcohol, send it into a coil, and condense it back into liquid. See column distilling.

Show us the proof!

Proof is a measure of alcoholic level in a beverage in the U.S. It’s twice the alcohol by volume. For example, a 60% ABV would be 120 proof. The U.K. uses ABV instead of proof.

Rhum is French for rum.

Ron is Spanish for rum.

Rhum agricole. Distillers make this from sugarcane juice instead of molasses.

Discover cocktail recipes, history, or even how to distill at home in these resources. These resources include books and videos.

9   Importance of the Song.