Should grocers sell liquor (spirits)? French grocery stores sell beer, wine and spirits, which is a logical place to purchase these products. Wine, beer and spirits are all foods. Both custom and food law in the Western World recognize them as foods. So it’s natural to sell them along with other foods, both in grocery stores and restaurants 1 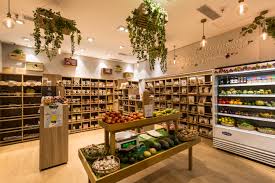 Unfortunately, the US has a long temperance tradition. It stigmatizes alcohol beverages and tries to deny their status as foods. As long ago as the 1800s, temperance writers insisted that alcohol was not a food. Instead, they described it as a poison that was dangerous to life and health.2 That long tradition continues to this day among temperance-oriented groups. For example, the Center for Science in the Public Interest (CSPI) insists that alcohol is not a food.3

But temperance-oriented group deny that alcoholic beverages are foods. Indeed, they call them toxins. Thus, they can more easily restrict their sale.

So French thinking on the subject is correct. Alcoholic beverages are culturally and legally foods.  Therefore, they should be available in both grocery stores and restaurants.