Songs about Prohibition are a part of our culture and background. They reflect our beliefs about the subject. But they have also influenced peoples’ beliefs, as well.

Prohibition in the U.S. existed from early 1920 until late 1933. That was nearly 14 years. As it approached, songs about Prohibition began to lament that fact.

The chorus of ‘Prohibition Blues’ expresses the sentiment. 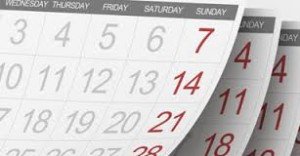 Blue laws prohibit the sale of alcohol on Sundays. The prospect of Prohibition prompted ‘Every Day will be Sunday When the Town Goes Dry.’ This is the chorus.

Goodbye, Hunter; So long, Scotch; Farewell Haig and Haig;
Oh my darling old frappe, they will soon take you away.
At the table with Lola they will serve us Coca-Cola.
No more saying: “Let me buy,”
No more coming thru the Rye.
Old Manhattan and Martini have received the big subpoena.
Ev’ry day’ll be Sunday when the town goes dry.

Unhappy was the soldier returning from the Great War (WW I). He had fought in the trenches and wanted to be able to enjoy a drink. Verse two of “The Alcoholic Blues” expressed his displeasure with Prohibition.

Prohibition that’s the name,
Prohibition drives me insane.
I’m so thirsty, soon I’ll die.
I’m simply goin’ to ‘vaporate, I’m just that dry.
I wouldn’t mind to live forever in a trench,
Just if my daily thirst they only let me quench.
And not with Bevo or Gingerale.
I want real stuff by the pail.
[Bevo was a non-alcoholic ‘beer.’]

The title of ‘American Never Took Water and Never Will’ was prophetic. The country would be dry in law but not in reality. The chorus expressed it succinctly.

Organized labor strongly opposed Prohibition. Labor leader Samuel Gompers made a perceptive observation about the 18th Amendment establishing Prohibition. He said it was the only Constitutional amendment that restricted rather than expanded individual rights. ‘No Beer – No Work,’ might be seen as a reflection of that opposition.

Johnny Hymer was a miner always on the job.
Johhny loved his lager like a sailor loves his grog.
One day his foreman told him that this country would go dry.
John threw his tools upon the ground,
You should have heard him cry.

If Johnny stuck to his guns, he wouldn’t work again for nearly 14 years.

The first ‘Prohibition Blues’ came out in 1917. Different writers publisheda second in 1919. The 1919 lyrics included this chorus.

I’ve had news that’s bad news about my best pal.
His name is Old Man Alcohol,
But I call him Al.
…

Upon learning about the coming Prohibition, the singer anticipates a different life.

There won’t be no sunshine,
No stars no moon.
No laughter no music ‘cept this one sad tune.
Goodbye forever to my old friend “Booze.”
Doggone I’ve got the Prohibition Blues.

‘How Are You Goin’ To Wet Your Whistle (When the Whole Darn World Goes Dry)’ may have have feared world-wide prohibition. Indeed, after Prohibition went into effect in the U.S., drys were planning to bring about that goal. Or, for the lyricist, that fear. Here’s chorus one. 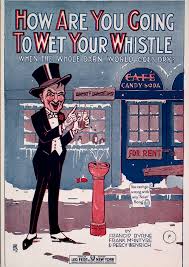 ‘What’ll We Do On A Saturday Night? (When The Town Goes Dry)’ raised a similar concern.

‘I’m Going To Settle Down Outside of London Town (When I’m Dry, Dry, Dry)’ expressed sadness in having to leave the U.S. because of Prohibition. But it implied a belief that the country would repeal  Prohibition.

America, you’re such a young nation.
You are just like a big bouncing boy.
You’ve been happy and gay, I loved you that way.
Your freedom the world could enjoy.
I am sorry to leave you behind.
I’ll come back here when you’ve changed your mind.

The lyrics of “Ever Since That Town of Mine Went Dry” tell of a “girl divine.” She announced that  “lips that taste of liquor can’t touch mine.” The town promptly voted itself dry. But alcohol was still available.

At the huskin’ bee they still play the fiddle,
Serve pink tea with a kick in the middle.
Ever since that town of mine went dry.

‘At The Prohibition Ball’ seems to expresses support for Prohibition. Yet it suggests regret at the the prospect of having no more alcoholic beverages.

We’ll be at the Prohibition Ball,
There we’ll mix with Mister Alcohol.
Folks will pay their last respects
to Highballs and to Horse’s Necks.
The Gin we got from the Land of Cotton,
Will be gone but not forgotten.
They we’ll say farewell to old champagne.
We may never taste a drop again.
It’s gonna take till early morn
To say Goodbye to Barley corn.
We’ll celebrate at the Prohibition Ball!

No more will ‘Cholly’ straggle home from two oclock to four
And fumble ’round an hour to find the key hole in the door.
No more he’ll sit and nod and blink ­ ­ stupidity profound
And swear he’ll jump right in that bed
The next time it comes ’round.

National Prohibition did not prohibit drinking alcohol. It made it illegal to make or to sell it. If they could afford to do so, many people put alcoholic beverages in storage before Prohibition. It was perfectly legal. ‘It’s The Smart Little Feller Who Stocked Up His Cellar (That’s Getting The Beautiful Girls)’ suggests the advantages of having done so.

[chorus 1]
Oh, they won’t call you honey, because you’ve got money.
It isn’t for money they sigh.
You could once grab a queen with your big limousine
But now times are changing, you know what I mean.
Oh, they won’t know you’re livin’ if all you can give’em
Is just pretty diamonds and pearls;
It’s the smart little feller who stocked up his cellar,
That’s getting the beautiful girls.

[verse 2]
Now’days you’ll see a girlie full of charm
Just madly clinging to an old guy’s arm.
If he is feeble and he has no hair,
Then you can bet he’s got a jug somewhere.
Don’t think they crave you if they smile and wink.
All that they crave is a drink.

[chorus 2]
Oh, you won’t satisfy them, with presents you buy them.
It isn’t for presents they pine.
Once they wanted a guy for the rocks he could buy.
But now it’s the guy with the old Rock and Rye.
You may live in a palace, but Annette and Alice
Will pass up the Dukes and the Earls;
For some guy in a shanty, with lots of Chianti.
He’s getting the beautiful girls.

The lyrics of ‘Everybody Wants a Key to My Celler’ tell of such a consumer. He says his one mistake was telling his wife. Part of the lyrics report the result.

‘I’ve Got The Prohibition Blues (For My Booze)’ expressed sadness over Prohibition. It includes these lyrics.

I’m so thirsty that I’m blue.
Old friend Booze I long for you.
I never knew that I’d miss you,
The way I do Boo-hoo, Boo-hoo.
Anheuser Busch has ceased to bloom,
Now my life is filled with gloom.
My tongue’s crackin’ I’m so dry
Since the country’s gone Prohi.

‘I Never Knew I Had A Wonderful Wife (Until The Town Went Dry)’ clearly expressed support for Prohibition. The lyrics explain how Prohibition improved Jones’ family life.

In singing ‘You Don’t Need Wine to Have a Wonderful Time,’ Eddie Cantor expressed support for Prohibition. It was number three on Billboard for seven weeks during the first year of the Noble Experiment. He made it one of the popular songs about Prohibition.

You don’t need the wine to have a wonderful time
While they still make a beautiful girl.
Adam and Eve never tasted Champagne.
Still they were able to go out and raise Cain.

When the U.S. went dry, Cuba became a popular destination. The title and lyrics of ‘I’ll See You In C-U-B-A’ express this.

Lyrics expressing the same message are also in ‘It Will Never Be Dry Down In Havana. The subtitle was “(No Matter What Happens ‘Round Here).”

There is a happy land, far far away.
That Cuban Island, sweet Rock and Rye land.
I met a pal of mine leaving today,
And he said “I’m going there to stay.
This old town has gone all wrong.
I want women, wine and song.
If you’ll take my tip you’ll come along.

Prohibition permitted doctors to prescribe alcohol for their patients. Soon, doctors were prescribing it for dozens of ailments and conditions. Doing so generated annual income for doctors of about one-half billion dollars in today’s value.

Most ev’rybody you meet now a days
Seems to be feeling so blue.
They say it is an imposition
To enforce this prohibition.
And I think so too.
But Congress has given Doctors the power
To hand out the Brandy and Rye.
And now in their office at most any hour
You’re bound to hear somebody cry.

‘Save a Little Dram [drink] For Me’ tells of a preacher who wants his congregants to share some of their gin with him.

(spoken)
In the middle of the sermon, Parson Johnson rose and started sniffing the air.
There was a peculiar smell tricklin’ up the parson’s nose. That told him that gin was ‘˜round somewhere.
And he closed his Bible gently in the middle of the psalm. And started figurin’ mentally where that smell was coming from.
His eyes scanned every pew, and then he did declare, he says ‘I announce this meetin’ through…

(sung)
‘Until you kick in with my share.’
Oh Bretheren if you want more preachin’
Save a little dram for me.
Glory hallelujah.
Why drinkin’ gin ain’t against my teachin’.
Treat me with equality.

How sad and still tonight,
By the old distillery!
And how the cob-webs cob,
In its old machinery!
But in the mountain tops,
Far from the eyes of cops.
Oh! how the moon shines on
the moonshine, so merrily!

In January of 1920, National Prohibition became effective. ‘Whoa January’ expressed dread of that occasion. Its lyrics included these lines.

Whoa January, oh January.
I hate to see you come ‘˜round.
‘¦’¦’¦.
No more we’ll hear that “have another” sound.
Can you picture me saying “gimme some tea”
When Mister January comes around. 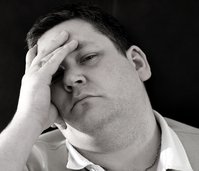 Now rich man, poor man, beggar man, thief.
I brought them joy that turned to grief.
Hip! Sip! Hip! Sip!
(Ah) That’s the time they start to slip.
Then with my well known kick
I knock’em out.
They’d wake up with a brown taste in their mouth.

The ghost seems to suggest that John Barleycorn might still pose a threat in spite of Prohibition.

Now Mister Volstead on me hung a crepe.
But while there’s still a ‘still’ my spirit’s great.
For I’m the ghost of that good man John Barleycorn.

‘The Moonshine Shudder’ suggests the nature of moonshine. After a person drank home brew, the lyrics pose a simple question.

Moonshine was often hardly palatable. But worse, it could be dangerous to health. It sometimes caused blindness, paralysis, and even death. Moonshiners made it quickly and carelessly. And it didn’t help that the U.S. government required distillers to poison it to keep people from drinking it. Many people still did, resulting in possibly over 10,000 deaths. Those deaths were in addition to the sometimes toxic moonshine unintentionally produced of bootleggers. They didn’t want to kill their customers. The government saw that as its job.

Worldcat is a good source for finding songs about Prohibition.

Please note: Lyrics of these songs about Prohibition belong to their respective copyright owners. They are here solely for educational purposes. Contact owners for permission to use.