This page will help you understand South Carolina alcohol laws and avoid expensive fines or even jail. Not to mention time and embarrassment.

Young people often want part-time jobs. Hospitality offers many. Some deal with alcohol. For example, how old must they be to sell alcohol for drinking elsewhere? Is it the same for a server in a venue selling alcohol for on-site use? What about for tending bar? So we have answers.

South Carolina alcohol laws permit adults to serve alcohol for on-site drinking. Of course, an adult is a person age 18 or older. To tend bar the age is 21.

There is no minimum age for selling beer or wine for off-premises drinking. But it is 21 for selling spirits in such a store.

This policy arises from a myth. That is, that spirits are more alcoholic than beer or wine.

However, standard drinks of beer, wine and spirits all have the same amount of alcohol. Specifically, each has 0.6 ounce of pure alcohol. So there’s no difference in terms of alcohol content. Nor to a breathalyzer.

Those of any age under 21 may drink alcohol in a home of the spouse, parent or guardian.

People under 21 may not buy alcohol. The use of false ID to buy it is a crime. It may also lead to driver’s license revocation. Anyone who sells alcohol to an underage person who uses a convincing ID and looks old enough is still guilty. And can face conviction. Such facts are no defense.

They may also be charged with unlawfully dealing with a minor. If convicted, that will be on their record for the rest their life. In this case, they may be prevented from entering some professions. For example, education, law enforcement, law, or social work.

Liquor stores may operate Monday through Saturday from 9 a.m. until 7 p.m. However, they must close on Sunday.

Private clubs may sell alcohol Monday through Saturday from 10 a.m. until 2 a.m.

Beer sales for drinking off-premises are legal 24 hours a day Monday through Saturday. In addition, retailers may sell it on Sunday if voters in a county approve.

Retailers may only lower regular drink prices between 4 p.m. and 8 p.m. It’s also illegal to have “two-or-more-for-the-price-of-one” drink offers. And giving away free beer, wine, or mixed drinks is illegal. 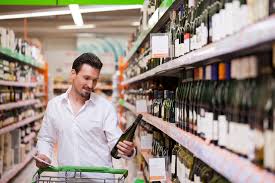 South Carolina alcohol laws prohibit anyone under age 21 from buying, or attempting to buy, alcohol. However, they may do so to help police entrap clerks.

Using a false ID in an effort to buy alcohol is a crime. However, there is no automatic driver’s license suspension.

The penalty for having an unregistered, unlabeled keg is jail for up to 30 days. In addition, the fine is up to $500.

South Carolina alcohol laws prohibit driving with a blood alcohol concentration (BAC) of 0.08% or above. For those under 21, including adults, it’s 0.02% or higher. It’s not 0.00% for several reasons

First, breathalyzers are not highly reliable. Second, everyone produces alcohol naturally within their bodies 24/7. Even those under 21. Finally, many meds and also foods contain alcohol. For example, orange and other juices produce alcohol if left too long in a refrigerator.

However, courts can convict people of driving under the influence (DUI) even when under the BAC limits. That depends on the facts and the judge.

Discover the fascinating story of South Carolina’s South of the Border!

All DUI convictions require completing a Department of Alcohol and Other Drug Abuse Services course. In addition, all second or later convictions require an ignition interlock device (IID) on the vehicle. This prevents starting the engine if alcohol is on the driver’s breath. The convicted driver pays for its installation and monthly fee.

These are the penalties for a first DUI with a BAC lower than 0.16%. Jail for at least 48 hours and/or 48 hours of community service. But jail could be as long as 30 days.  In addition, the court suspends the driving license for six months. It also imposes a fine of $400.

For a second DUI with a BAC under 0.16%, the penalties increase. The sentence is at least five days in jail. But it could be as long as one year. Offenders pay a fine of at least $2,100. However, it may be as high as $5,100. Finally, the license suspension is for an indefinite period.

Drivers under age 21 convicted of DUI face the same criminal penalties. But for a first offense, the court suspends their driver’s license for three months. For a second offense within five years, the court penalizes by suspending the license for six months.

The U.S. Constitution grants all drivers the right to decline taking a BAC test. However, South Carolina punishes those who use their right. To do so the state suspends their driver’s license for six months. They must also complete the Department of Alcohol and Other Drug Abuse Services course. Their license reinstatement fee is at least $100. Finally, they must carry special vehicle insurance for at least three years after the suspension.

Important. This punishment does not apply to declining the field sobriety tests. These are both highly subjective and unreliable. Over 30% of people with a BAC of 0.00% fail. That is, about one of three completely sober people will fail!

For that reason, lawyers strongly urge drivers to never, ever take a field sobriety test. They say to refuse politely and firmly. And to do so as often as necessary. Doing so cannot help. It can only hurt. So it’s wise follow their advice.

Police have many clever ways to convince drivers to take them. They may even falsely say the law requires it. It does not. In fact, no state in the U.S. requires it.

They may say that by taking the test, you can prove your innocence. However, it’s the state that must prove that you’re guilty!

Note that during the investigation, police can legally lie to you. So don’t be a sucker.

In addition, you can learn much more at Never Take a Field Sobriety Test Say DUI Lawyers. 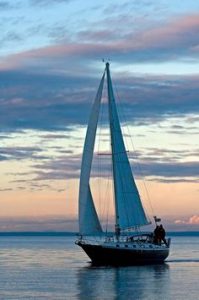 South Carolina alcohol laws make it illegal to operate a boat, jet ski, or sailboat under the influence. That includes alcohol and/or drugs.

The crime is boating under the influence (BUI). That is “impairment to the extent that the person’s faculties to operate are materially and appreciably impaired.”

The state considers a BAC of 0.08% proof of impairment. However, people can present evidence that they were not impaired. For example, many people have developed very high tolerance to alcohol. They can have BACs much higher than 0.08% and have no impairment.

On the other hand, some people have very low tolerance. Therefore, the court can convict them for being impaired “materially and appreciably.”

The penalties for BUI depend on the facts and the judge. However, these are typical penalties.

For a first offense, it’s a $200 fine and six-month operator’s license suspension. Also 24 hours in jail or community service.

A second offense brings a fine of at least $3,500. But it might be as high as $6,000. There’s also a one-year license suspension. In addition, the offender must spend at least 48 hours in jail or ten days doing community service.

A third conviction carries larger fines. Jail is for at least 60 days. However, it could be as long as three years. Finally, the state suspends the operator’s license for three years.

BUIs that cause property damage, injury, or death can carry fines as high as $25,000. They can also carry sentences as long as 25 years in prison.

Sunday alcohol laws for Sunday sales depend on location. South Carolina gives counties and towns local option. That is, they can determine whether or not to permit the sale of alcohol. And, if so, some of the specifics.

There are 46 counties in South Carolina. Restaurants with permits can sell beer, wine, and spirits on Sundays in the following 19 counties. 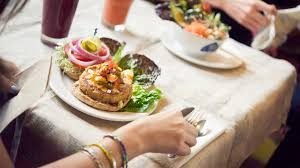 Restaurants with permits can sell beer, wine, and spirits on Sundays in these municipalities.

Grocery and convenience stores can sell beer and wine on Sundays in these counties. 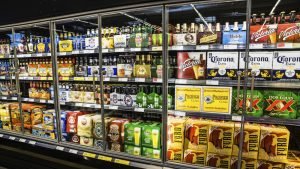 Grocery and convenience stores can sell beer and wine on Sundays in these municipalities.

As with any state, South Carolina alcohol laws can change. They can be unclear. Courts can change their interpretation. They can conflict. Lawyers spend years studying the subject. It’s not do it yourself. So never rely on this site. Nor on any other site.

Get information and advice about South Carolina alcohol laws from an expert. That is a lawyer who holds a license in the state.

Alcohol attitudes and practices vary by locale. Therefore, it’s wise to select a lawyer very familiar with the locale in question.

Of course, the best advice is both free and simple. Drink in moderation and don’t drink and drive.

So now you know more about South Carolina alcohol laws than most residents of the state! Perhaps you know of something that should be added to this page. If so, contact hansondj [at sign] potsdam [dot] edu/. In fact, readers help improve this site. So thank you!