This page will help you understand South Dakota alcohol laws and avoid expensive fines or even jail. Not to mention time and embarrassment.

South Dakota alcohol laws cover all those in the large state. That’s both residents and visitors. The state’s laws may vary from those in some other states. Laws can also vary from place to place within the state. But not knowing them is not a defense against breaking them.

People under 21 often want to work in hospitality. It offers many  jobs that young people can do. Most of these jobs involve alcohol. So what are the ages necessary for employment? This is an important matter for those involved.

Young people have questions. So we have answers.

South Dakota alcohol laws permit adults to serve alcohol in on-premises venues. That is, the age needed is 18. A supervisor must be present. For tending bar it is the same age and supervisor requirement. For working in stores selling alcohol for off-site drinking, the age is 21 for selling wine and spirits. There is no state minimum age for selling beer in such locations. No supervisor is necessary for selling there.

South Dakota alcohol laws let those of any age under 21 drink with a parent or spouse present. Many parents do this to de-mystefy alcohol and promote responsible drinking.

It is also illegal for those under 21 to drive with a blood alcohol concentration (BAC) of 0.02% or higher.

The township of Shannon is dry. That is, it prohibits the sale of alcohol.

It’s also illegal to serve alcohol to any non-adult (i.e., aged 17 or under). This is true even if they’re with a parent, guardian, or spouse age 21 or older.

South Dakota alcohol laws prohibit those under 21 from loitering in businesses selling alcohol for on-site drinking. Of course, what constitutes loitering is somewhat vague. Therefore, it’s quite subjective.

A licensee is one who has a license to sell or serve alcohol. Clerks are employees of licensees. The penalties for illegal sales by licensees and clerks differ.

The penalty for a licensee who sells or serves alcohol to a non-adult is simple. It’s jail for up to one year and/or a fine of $1,000. 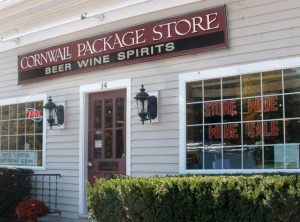 Illegally selling to an adult between 18 and 21 occurs in the absence of a parent, guardian or spouse. The penalty is jail for up to 30 days and/or a $200 fine.

The licensee also receives punishment for a clerk who illegally sells. Some clerks have had a state-approved alcohol server program. Others have not. 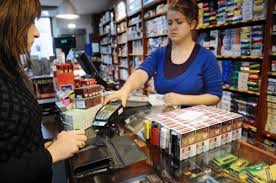 A clerk who sells or serves alcohol to a non-adult faces a Class 1 misdemeanor. Also the state revokes the clerk’s driver’s license for 30 days to one year.

For selling or serving alcohol to an adult 18 through 20, the clerk faces a Class 2 misdemeanor. The state also revokes the clerk’s license for at least 60 days. But it could be up to one year.

It’s illegal for a non-adult (17 or younger) to buy alcohol. Also prohibited is an adult 18 through 20 buying unless with a parent, guardian, or spouse 21 or older. Violation is a Class 2 misdemeanor.

It’s illegal for anyone 21 or older to buy alcohol and give or resell it to someone under 21. The penalty is jail for up to one year and/or a $1,000 fine.

It’s also illegal for anyone under age 21 to use a falsen ID to buy or attempt to but alcohol. To do so is a Class 2 misdemeanor.

The penalty for a Class 2 misdemeanor is a fine of up to $500 and/or jail for 30 days. In addition, the state may suspend the driver’s license for at least 30 days. However, , it could be up to one year. It’s illegal to drive with a BAC of 0.08% or higher. However, courts can still convict drivers of DUI if their BAC is 0.05% or higher. That is if a judge decides that they couldn’t drive safely at that level.

On the other hand, many people develop a very high alcohol tolerance. Therefore, they can safely drive at 0.08 or even higher. Nevertheless, the law falsely defines them as impaired. As a result they may not present evidence of their innocence and suffer the result.

Courts can convict people under 21, including adults, of DUI with a BAC of 0.02% or higher.

Significantly, courts can convict people of DUI without driving. If impaired people are in physical control of a vehicle they may be guilty. For example, if they’re sleeping in the driver’s seat with the vehicle keys in their pocket.

The exact punishments for DUI vary depending on driving history including any previous DUI charges. Of course, it also depends on the judge. First Offense. Driver’s license revoked for 30 days to one year. Restricted license for up to one year.

Second Offense. The state revokes the license for one year. The court determines the duration of a restricted license. The penalty for driving with a suspended license is a mandatory jail sentence of three days.

Third Offense. One-year license revocation with a restricted license at the court’s discretion. The state requires counseling and participation in the sobriety 24/7 program. Of offender pays the costs. The state mandates jail for 20 days for driving while the license is under suspension.

Fourth Offense. This results in a two-year license revocation and participation in the sobriety 24/7 program. There is a mandatory jail term of 20 days for driving with a suspended license.

Fifth Offense. The penalties are the same as for a fourth offense except the license revocation is for three years.

South Dakota alcohol laws require drivers to submit to a breathalyzer test if an officer requests. People have a U.S. Constitutional right to decline. However, if they use their right, the state punishes them. It does so by suspending their license for up to one year.

Nevertheless, this doesn’t apply to refusing to do a field sobriety test. Field sobriety tests are very unreliable. In fact, 30% of completely sober people fail them. That is, about one of three people with zero BAC (0.00%) fail.

As a result, lawyers strongly urge drivers never, ever to take them. They say drivers should politely refuse. And to do so as many times as necessary.

However, that isn’t easy. That is because police love them. Therefore, they use many clever ways to talk drivers into taking them.

For example, they also often falsely say the law requires it. It does not. In fact, no state in the U.S. does. Or they will say you can prove your innocence by taking one. On the contrary, it’s the state that must prove you’re guilty. Thus, the entire burden of proof is on the state.

While investigating, police can legally lie to you. So don’t be a sucker! 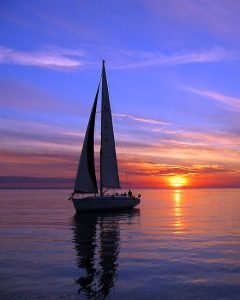 South Dakota alcohol laws prohibit operating a vessel while impaired. The state considers people to be boating under the influence (BUI) if

1. They have a BAC of 0.08 or higher.
or
2. They are under the influence of alcohol, a drug, and/or a combination of the two. And they are to a degree that they can’t safely operate the vessel. Of course, that’s in the view of an arresting officer. But that’s very subjective.

South Dakota requires boaters to submit to a breathalyzer test if requested by an officer. People can exercise their Constitutional right to decline. However, the state present can that fact in court as supposedly proof of guilt. The penalty for conviction is suspension of the boating license for one year.

South Dakota alcohol laws can be unclear. This is true in other states as well. What do the laws really mean? How do they apply? Knowing this takes legal training. Lawyers study it for years. A mistake could be bad. So don’t rely on this site. Nor on any other site. Get information and advice about alcohol laws in South Dakota from an expert. That is a lawyer holding a license in the state.

South Dakota is a big state. As a result, alcohol attitudes and practices vary. Therefore, it’s generally a good idea to select a lawyer from your locale.

After reading this web page you now know by far more about South Dakota than most residents of the state. Congratulations!