North Carolina law permits police to demand alcohol tests of pedestrian citizens under the age of 21. A similar law in Michigan was overturned as unconstitutional.

State law also permits the use in court of less reliable field alcohol breath testers instead of those at police stations. The latter are more likely to be accurate. State law permits police to intrude onto private property to arrest suspected impaired drivers. The private property includes farms, ranches, forests, and other private lands.

Police in North Carolina can obtain private medical records of anyone involved in a traffic accident. They can do so even if those involved are innocent sober victims.

It’s also illegal for anyone under the age of 21 to consume alcohol for any reason. That includes religious and medicinal purposes. 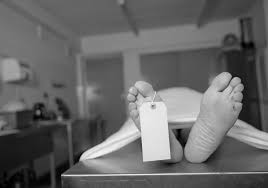 Those under the age of 21 who seek medical care for alcohol poisoning can be charged with the crime of alcohol consumption. An unintended result of such laws is that fewer people seek needed medical help. As a result, they needlessly die.

State law law also greatly limits the ability of defendants to challenge evidence against them. Especially that which is inaccurate or illegally obtained. Of course, that encourages illegality against the public.

Origin of These Strict Alcohol Laws

These laws were all enacted under a governor (Mike Easley) who was a former prosecutor. He chose everyone on the commission that proposed these stringent laws. All members were either in law enforcement or worked for the state as prosecutors.

There was not a single member to advocate for the legal rights of citizens. So it was a stacked deck against the public and personal rights.

Reducing impaired driving is very important. However, it shouldn’t be at the expense of the rights of citizens. That would be a police state.

Carpenter, T. Advocating for a Comprehensive Medical Amnesty Policy. U. of TN, 2016.