Driving  requires doing many things at the same time. It also requires dealing with the unexpected. It’s important to know the effects of drugs on driving safety. They  can either reduce or enhance driving ability.

Gamma-hydroxybutyrate (GHB) and its precursors of GBL and 1,4-BD

Effects of Drugs on Driving: Effects of Specific Drugs 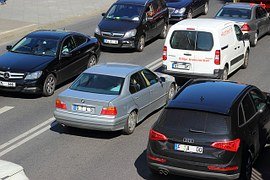 Amphetamine is a powerful central system stimulant. Some of its effects can improve driving skills. It can increase alertness, improve concentration, increase energy, and improve some thinking skills. This includes the ability to divide attention.

But other effects of amphetamine can reduce safe driving. It can cause tunnel vision, poor impulse control, agitation, irritability, and paranoia. It can lead to aggressiveness, greater self-confidence, grandiosity, and strong feelings of power and superiority.

Improved psychomotor skills occur among sleep-deprived people on amphetamine. But the effects on thinking abilities are inconsistent. Some truck drivers use it to increase their energy and alertness when tired.

Ecstasy produces effects similar to those of amphetamine. It is a less powerful stimulant. But it can reduce vision, cause rigid muscles, tremors, reduced attention, and less ability to divide attention.

Caffeine is a stimulant. It reduces sleepiness and increases alertness temporarily. People use it to satisfy addiction to it, for its taste, and for its stimulative effects. When drivers are drowsy, caffeine improves their driving. It also increases alertness and reaction time after drinking alcohol. But it doesn’t eliminate alcohol impairment.

Alertness in driving is important. The National Highway Traffic Safety Administration estimates that about 100,000 crashes occur in the U.S. annually from drowsy driving.

Cannabis is a naturally occurring drug. It contains substances called cannabinoids. These include tetrahydrocannabinol or THC. THC apparently causes most of the psychoactive effects of cannabis.

At typical recreational use levels, there are many driving related effects of cannabis. They include drowsiness, inability to concentrate, impaired memory, problems in thinking, distorted perceptions of time and space. Also disorientation, paranoia, feelings of panic, reduced inhibitions, and reduced coordination.

Various factors influence the specific effects of any given THC  blood concentration. These include the experience of the user and the individual vulnerability of the user to psychoactive reactions. Also important are  the expectations of the user as to the effects of marijuana and the setting of its use.

Most of the effects of marijuana on behavior disappear within three to five hours after the beginning of use. Butit effects some skills for as long as 24 hours. The more complex and difficult the skill, the more likely marijuana will reduce ability.

Selective attention is the ability to disregard irrelevant information. It is an important driving skill. Long-term users have reduced selective attention, even after they quit using the drug. Similarly, increased frequency of marijuana use impairs information processing speed. The use of marijuana along with  drinking alcohol may cause much greater impairment than either substance alone.

Either of these drugs reduces visual functioning, slow thinking and cause confusion. Also disorients, reduces comprehension, and causes sluggish movements, tremor, and loss of coordination.

It appears that single doses of carisoprodol do not effect thinking ability or psychomotor performance. However, single doses of meprobamate can impair the ability to divide attention, slow reflexes, and impair coordination.

The effects of driving under the influence of either carisoprodol or meprobamate include sleepiness, inattentiveness and slow responses. Also poor perception, slower reaction time, confusion, disorientation and slurred speech. In addition, it causes lack of coordination and difficulty standing, walking or exiting vehicles. The use of other central system depressants can increase impairment. For example, drinking alcohol increases the sedation and confusion that carisoprodol can cause. It also increases the sleepiness, confusion, incoherence and disorientation that meprobamate can cause.

The over-the-counter drug dextromethorphan reduces coughs from minor throat and bronchial irritation. Recreationally it raises mood, increases perceptual awareness and creates euphoria. It also can create dream-like experiences and a sense of separation of the mind from the body.

Negative effects from taking recommended doses of dextromethorphan are rare. However, slight drowsiness and dizziness can occur. Taking higher doses for recreational reasons can lead to disorientation, confusion, reduced memory and impaired judgment. It can also lead to psychomotor impairment, distorted perception of time, and hallucinations of both sight and sound.

Combining dextromethorphan with promethazine can cause great drowsiness or impair the mental or physical abilities needed to drive safely.

Diazepam is a central nervous system depressant. It is widely useful in medical practice. Recreationally it’s a sedative and it also enhances the effects of alcohol or opioids. Cocaine users sometimes use it to increase the level at which seizures occur. Heroin users often use it to increase the effects of heroin. And both cocaine and heroin users often use it to reduce withdrawal symptoms.

Recreational use typically involves higher doses. These can case slowed reflexes, slurred speech, disorientation, tremor, blurred or double vision, hallucinations, and amnesia. Some of these impairments can last for days.

In on-the-road driving tests, diphenhydramine impairs ability to avoid letting the vehicle weave or drift. It reduces or slows reaction time, and reduces overall driving performance. A single dose of diphenhydramine for medical purposes can dramatically impair psychomotor skills for four hours. It reduces driving performance more than the consumption of alcohol at a level over the maximum legal limit.

Ethanol is a central nervous system depressant. That is, it slows the action of our nervous system. This in turn slows heartbeat, breathing, and other bodily functions.

The level of ethanol in the bloodstream is blood alcohol concentration or BAC. Measuring it requires analyzing a sample of a person’s blood. However, testing samples of exhaled breath only estimates BAC. Unfortunately, this method is lacks a high degree of reliability.

BAC is expressed in terms of grams of absolute alcohol per deciliter of blood (g/dl). For example, .08 g/di. The ‘g/dl’ usually replaced by ‘percent’ or ‘%.’ However, this is not actually a percentage. That’s because the .08 represents a measure of weight in a measure of volume.

After drinking ends, BAC will rise for a period of time before it begins to drop. It declines at a constant rate of about .015 of BAC per hour.

Take males and females of the same height and weight. Give them the same amount of alcohol to drink in the same length of time. They will have different BACs. Specifically, the male’s BAC will be substantially lower. This is because females process alcohol differently. Females also have a higher proportion of body fat than men. Fat does not absorb alcohol. Therefore, it concentrates at a higher level in the bloodstream of females.

Impairment of different driving skills occurs at different BAC levels. For example, impairment of alertness usually occurs at a lower BAC level than reaction time and vision. There can also be large differences in the degree of impairment between people who have the same BAC. For example, people who drink large amounts of alcohol over a period of years developed a tolerance for the substance. As a result, it takes more alcohol to have the same effects.

Nicotine is a naturally occurring drug that is ordinarily a central nerve system stimulant. However, it changes from a stimulant to a sedative as the dosage increases.

As with caffeine, nicotine can have a significantly beneficial effect on athletic performance. Nicotine can help reduce traffic crashes among tired or sleep-deprived drivers. It does this by increasing alertness and energy,

Both morphine and heroin are central nervous system depressants. Morphine is a naturally occurring substance obtained from a poppy plant. Morphine produces heroin.

The effects of morphine or heroin depend on the dose, the route of administration, and tolerance. Both drugs can cause similar effects. These include euphoria, drowsiness, mental clouding, inability to concentrate, distractibility, lethargy, apathy, tremors, slower reaction time, and reduced consciousness.

Phencyclidine or PCP is a synthetic drug. Veterinarians use it as an anesthetic or tranquilizer. Recreational users get it from illegal producers or illegally from veterinary sources. They use it as a hallucinogen and psychedelic drug.

The effects of PCP typically occur within an hour after taking the drug. A reduced or slowed reaction time can occur for up to 14 hours.

Toluene is a central nervous system depressant. It occurs naturally in the tolu tree and in crude oil. Oil refining, making coke from coal, making styrene produce it.

Toluene is a solvent in paints, glues, and nail polish remover. Printers and tanners also use it.

There appears to be no clear association between the level of toluene in the bloodstream and the degree of impairment. Toluene use is common among adolescents. That’s because it is readily available in many products that are inexpensive and legal to purchase. However, some states prohibit the sale of some such products to minors.

Zolpidem, zaleplon and zopiclone are central nervous system depressants. Doctors prescribe them on a short-term basis for insomnia.

Research suggests that drugged driving is a much more widespread and serious problem than generally recognized. There is a common lack of understanding about the powerful effects of drugs on driving ability.

Police routinely check drivers for evidence of alcohol in their systems. But they almost never check for either legal or illicit drugs. So drugged drivers are much likely to escape arrest than those under the influence of alcohol. Yet the effects of drugs on driving can be equal to or greater than that of alcohol.

On the other hand,  he surprising fact is that some drugs contribute to traffic safety and help save lives.

We have made great strides in reducing drunken driving. Much of the credit goes to Mothers Against Drunk Driving (MADD). For three and a half decades MADD has raised awareness of drunken driving. It has promoted laws against it, and worked tirelessly to reduce the crime.

But MADD has historically opposed any consideration of drugged driving. It has seen the issue of drugged driving as competing for public attention, support, and funding. This has been a serious disservice to the public and its welfare. It’s important to understand the effects of drugs on driving.

Remember. A person killed by a drugged driver is just as dead as one killed by a drunken driver. In either case, it’s the effects of drugs on driving.

Adapted from David J. Hanson, The Effects of Substances on Driving. In: P.M. Miller (Ed.) Principles of Addiction. NY: Academic Press/Elsevier, vol. 1, 2013,  Chapter 39, pp. 371-379. That chapter looks at the effects of drugs on driving in more detail.