Parents should teach safe drinking to their college-bound high school teens. Students also need to learn how not to drink and how to drink less according to Dr. Dwight B. Heath of Brown University. He is the world’s leading anthropological authority on alcohol and drinking. 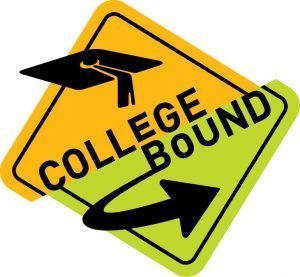 It once was a happy time when high school seniors were accepted at the college of their choice. But that enthusiasm has been dampened somewhat. That’s because of reports of sexual assault, rape, violence, and deaths associated with binge drinking on college campuses.

We could blame the media for sensationalizing these stories. Or we could blame the universities, or society as a whole. But none of this will mask the grim reality that too many college students drink too much. And there are serious risks in their doing so.

What’s a Parent to Do?

What are you, as a parent of a college-aged student, to do? It may be tempting to warn students about the dangers of drinking. However, most already have heard the warnings and even may have seen some of the consequences. A majority already have done some some drinking.

About one-third of high school seniors in this country already drink at least once a month. Even if they are not bingeing, they know that it rarely appears to have lasting consequences. For many teens, the risks can seem to be exaggerated, and the pleasures of drinking certainly are not discussed in health class.

They also know that they will have easy access to beer and other alcoholic beverages. They will also face considerable peer pressure to “be sociable,” “relax,” and “have fun.”

In almost all U.S. states, parents may legally serve their sons and daughters alcohol at any age.

As a parent familiar with drinking problems in many countries, I am convinced of one thing. It is that we should teach safe drinking. Most young people should learn both how to drink, and how not to drink. That might mean declining a drink, avoiding certain places or people, or simply holding a glass for a long time.

Drinking Can be Fun and Healthful

For many adults, it is fun to drink in moderation — with food, with talk, with no intention of getting drunk. Research shows that moderate drinkers are at less risk for developing cardiovascular disease and have lower death rates. That’s in comparison to both non-drinkers and heavy drinkers. Moderate drinking is about two drinks per day for males, one drink per day for females.

People don’t have to drink if they don’t want to. We know that individuals vary enormously in their responses to alcohol, and some people should not drink at all. However, college students will have to make the decision for themselves. And that’s each time they find themselves in a situation where alcohol is available.

They will have to make this decision based on their own knowledge, experiences, and wants. In light of this, it is critical that parents or guardians equip their college-bound students with some realistic, practical guidelines. I suggest the following:

Throughout our history, there has been a love-hate relationship with drink. It seems unfair to send students off to college without at least some basic guidelines. A few simple precautions may help students enjoy and benefit more fully from all aspects of their experiences at college.