The Templars of Honor and Temperance is an organization established in 1845 in the U.S. The group currently exists in Scandinavia. It accepts as members men of high moral character. The brotherhood is based on the principles of teetotalism, truth, brotherly love, purity and fidelity.

Its goals are simple. They are to

The Templars of Honor and Temperance is a secret fraternal order. Its regalia, emblems, ceremonies, and general activities are similar to those of other such orders. 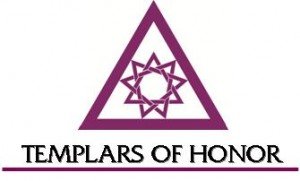 The Templars of Honor and Temperance order currently has 119 chapters or temples. They are in Denmark, Faroe Islands, Finland, Iceland, Norway, and Sweden. The first European  temple was formed in Sweden. It was by a Swedish member who returned home from the U.S. in 1887. Temples were introduced into Denmark in 1904, into Norway in 1922, and the Faroe Islands in 1933. They came to Iceland in 1949 and to Finland in 1952. The largest number are in Sweden, followed by Norway. The order is known in Scandinavia as Tempel Riddare Orden.

In 2004 a parallel order for women was formed. It is the Tempel Byggare Orden (Temple Builders Order). The new order is based on the same principles as Tempel Riddare Orden. It also has the same general purpose. The two orders cooperate closely. They also  share some meetings in common.

The Templars of Honor and Temperance no longer exists in the U.S. But it remains successful in Scandinavia. This may be because of often strong temperance sentiment there. In some areas abstinence is the norm.