This page will help you understand Tennessee alcohol laws and avoid expensive fines or even jail. Not to mention time and embarrassment.

Tennessee alcohol laws apply to both residents and visitors. Alcohol laws vary from state to state. Even within a state. Tennessee also has many dry counties. Not knowing the state’s laws is no protection from jail.

Many states permit parents to serve their children alcohol in their home for cultural or educational reasons. Most permit consumption of alcohol for religious, medical, or other reasons. Tennessee alcohol laws do not.

People under 21 may not consume wine for religious purposes. So communion wine or wine with Seder is illegal.

The  Tennessee Legislature has zero tolerance for drinking under 21. It also seems to have little tolerance for freedom of religion. Even that granted by the US Constitution.

Many young people want part-time jobs. Hospitality offers many. Some involve alcohol. Youths want to know about required ages. What’s the age for serving alcohol in a restaurant? For selling alcohol for consumption off-site? What about for tending bar?

Tennessee alcohol laws permit adults to be servers in venues that sell alcohol for consumption on-site. That is, those 18 or older may do this job.

The use of a false ID to buy alcohol is a criminal offense.

It is illegal for those under age 21 to drive if they have a blood alcohol concentration  (BAC) over 0.02%.

Grocery stores, convenience stores, and gas stations may sell beer. They may do so from 8:00 a.m. to 11 p.m. every day of the week. And they may also sell wine, except on Sundays.

Liquor or package stores may sell beer, wine and distilled spirits. Spirits are vodka, gin, tequila, rum bourbon, scotch, etc. They may do so from 8:00 a.m. to 11 p.m. Mondays through Saturdays. They must close on Sundays. Restaurants and bars may serve alcohol by the drink from 8 a.m. to 3 a.m. Mondays through Saturdays. On Sundays they may sell from 10 a.m. until 3 a.m.

By default, all counties and municipalities in the state are dry. They must pass laws in order to permit the sale of alcohol.

Fourteen counties in Tennessee are dry. They prohibit all sales of wine and spirits. These are the dry counties.

Tennessee alcohol laws strictly prohibit selling alcohol to anyone under 21. An offending clerk or server faces driving license suspension for up to one year. And community service of up to 100 hours. In addition, there’s a probation of one year and a permanent criminal record. For the alcohol license owner, the penalties are much greater.

It’s also illegal to sell any alcoholic beverage to anyone who is visibly under the influence.

It’s a violation of Tennessee alcohol laws for anyone under age 21 to buy alcohol. It’s also illegal for them to try to buy alcohol. Adults age 18, 19, or twenty who use a false ID receive a fine of at last $50. But could be as high as $200. The judge may also suspend their license for up to one year. In addition, the offender faces jail for at least five days. However, it might be as long as 30 days.

Buying alcohol for a person under 21 is illegal. The state punishes a first offense with a fine of $25 to $500 and community service of 100 hours. The offender also faces possible driving license suspension. And it’s illegal to let anyone under 21 drink on one’s property.

It’s illegal to drive under the influence (DUI) of alcohol and/or drugs. Driving with a BAC of 0.08% violates Tennessee alcohol laws. For drivers under 21, DUI is 0.02% or over.

The exact penalties depend on the circumstances of the case. And, of course, the judge.

Vehicular assault occurs when a DUI driver causes serious injury to another person. It’s a criminal act. Prison is for at least two years. But it could be as long as 12 years. License revocation for at least from one year. However, it could be for as long as five years. The length depends on the number of prior offenses. And there is no availability of a driving license with restrictions. Also, the offender must all pay fines and court costs.

Child endangerment occurs with a DUI when a passenger is under 18. This is also a criminal act. If the child suffers serious injuries, prison is for at least two years. But it could be as high as 12 years. If the child dies, prison is for for at least eight years. But it might be as long as  to 30 years. The state also revokes the offender’s license.

Vehicular homicide occurs if a DUI causes the death of another. This is a serious criminal act. The license revocation is for at least three years. However, it might be as long as ten years. Also no license with hardship restrictions is available.

However, there are no legal penalties for not submitting to a field sobriety test. These are highly inaccurate. Indeed, about 30% of completely sober people fail them. That is, about one of every three people with a zero BAC (0.00%) fail them.

Lawyers strongly urge drivers never to take a field sobriety test. They say to politely refuse. And to do so as long as necessary.

Some officers falsely insist that the law requires it. In fact, no law does. They may say you can prove your innocence by taking the test. But officers don’t consider passing the test as proof of sobriety. More important, drivers don’t need to prove their innocence. It’s the state that has to prove guilt!

Other Things to Remember

Drivers may not drink in a vehicle they are driving. But Tennessee alcohol laws permit passengers to do so. However, many counties and municipalities may prohibit it.

DUI typically causes many expenses. They include towing, bail, lawyer fees, court costs, license reinstatement fees, and many others. So the total easily reaches thousands of dollars.

A good rule of thumb is not to drink and drive. 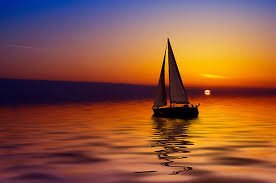 Under Tennessee alcohol laws, it’s illegal operate a boat under the influence (BUI) of alcohol and/or drugs.

Having a BAC of 0.08% is proof of being under the influence.

Constitutional right. Use of the right to decline submitting to a chemical BAC test results in an additional boating license suspension.

Police take blood for BAC testing from all boat operators if an accident results in serious injury or death.

IV. Get Good Advice about Drinking Laws in Tennessee

Law is complex. Lawyers spend years learning it. It is not a case of do it yourself. So don’t rely on this site. Nor on any other site.

Friends may give advice. Co-workers may give opinions. Family may give views. Neighbors may give experience. Smile and thank them. Then ignore what they say. Unless they’re lawyers, what the say is worth what you paid. That is, nothing. Worse, it may be misleading.

Get advice about Tennessee’s alcohol laws from an expert. That is a lawyer with a license in the state. The state bar gives free lawyer referrals.

So now you know more about Tennessee alcohol laws than do most residents of the Volunteer State!