A reader sent the following opinion piece. It addresses the ignored civil rights issue of our time. The writer wishes to remain anonymous.

As we students return to campus each fall, we are bombarded with politically correct rhetoric. It focuses on race, gender, and sexual orientation.

Most States in U.S. Permit Drinking Under the Age of 21.

Activists tell us that America is systemically racist, sexist, homophobic, xenophobic, etc. Of course, there is still discrimination existing in those areas to overcome. But we have become a much more respectful society regarding these historically oppressed groups. Society is greatly concerned about both their rights and their feelings.

However, there is one civil rights issue that is being systematically ignored. It is adults who are below the 21-year old drinking age.

In America, we become adults at the age of 18. We can vote, be drafted, serve on juries, own property, sue and be sued, buy pornography, and so on. However, there’s one glaring exception. That is drinking alcohol.

Why are legal adults ages 18-20 denied the right to have a drink? Most other countries around the world allow drinking at age 18 or younger. Our discrimination is due to the National Minimum Drinking Age Act of 1984. It forced the states to raise their drinking ages to 21 or lose a significant percentage of highway construction funds.

The main argument behind this law is that it reduced drunk driving fatalities, particularly for those under 21. However, drunk driving is no longer acceptable by anyone, of any age. It continues to fall.

Yet we continue to discriminate against adults under age 21 regarding alcohol. Even when it doesn’t involve driving. This is a miscarriage of justice. And it needs to be addressed now.

So why do we instead focus only on political correctness about race, gender, “offensive” Halloween costumes, microaggressions, and the like? Because these subjects are politically correct to talk about. On the other hand, alcohol policy reform is still very much a taboo subject.

However, a civil rights battle require facing taboos head on. Fighting discrimination takes persistence, hard work, and a willingness to talk about controversial subjects. That includes discrimination against adults under 21.

The leaders of the Civil Rights movement bravely talked about what was then a taboo subject. That was the systematic discrimination against African Americans. Had they not done so, the movement would never have occured.

So how do we fix this discriminatory policy? There are several approaches.

Some cities and states have decriminalized underage drinking. Violation is a civil rather than criminal matter. Therefore, police write tickets to offenders. They don’t arrest them. This is simple and doesn’t threaten the loss of highway funds.

Here’s another approach. Choose Responsibility has suggested a drinking license for adults under age 21. Visit its website to learn specifics about the proposal. 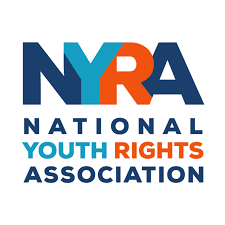 The National Youth Rights Association has proposed a number of approaches. One is to legalize drinking in public venues where it can be monitired. This would discourage drinking “underground,” where it lacks responsible social control. Visit its website for more ideas.

Yet another approach is to lobby congress to introduce a waiver. This would allow states to experiment with alternative approaches. Choose Responsibility has also suggested this.

States can then prove that a legal drinking age lower than 21 doesn’t increase drunk driving fatalities.

At that point we can then lobby congress for a full repeal of the National Minimum Drinking Age Act.

So when someone asks you to protest microaggressions or Halloween costumes, tell them to protest a real injustice. One that’s both legal and institutionalized.

If we don’t protest this, the law will never change. Then our descendants will look back and wonder why we did not try to do anything about this injustice.

McCarthy, C. Should We Have a Drinking Learners Permit for Alcohol, Too? Huffington Post, Sept 20, 2013.

U.S. Dept Health Human Serv. Report to Congress on the Prevention and Reduction of Underage Drinking. Washington: The Dept, 2015.