Most people know that drinking red wine in moderation contributes to better health and greater longevity. Scientific medical research conducted around the world for decades has demonstrated the health benefits of drinking red wine. But there’s also a red wine health myth. So don’t be fooled. 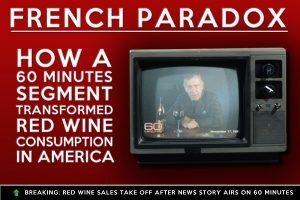 Red wine’s health benefits became widespread in 1991. That’s when CBS News devoted a segment of its “60 Minutes” TV program to the “French Paradox.” That’s the fact that the French eat a diet rich in fats and cholesterol. Yet they have a heart disease rate 40% lower than the U.S. The explanation suggested was that the French consumption of wine provided great protection against the disease.

This was news to most viewers but not to alcohol researchers. For the previous two decades studies were reporting that moderate drinkers live longer on average.

Research suggests that the beneficial component of alcoholic beverages is primarily the alcohol itself. And that’s the same in standard drinks of wine, spirits, and beer.

Standard drinks of beer, wine and spirits all contain 0.6 ounces (six tenths of one ounce) of pure ethanol or beverage alcohol. A standard drink is a:

It’s a myth that only red wine contributes to better health and a longer life.

This website is informational only. Thus, it makes no sugggestions about any matter. This includes the red wine health myth.