Are to-go alcohol and drunk driving deaths linked? That’s a very important important question. A researcher decided to find out. Discover here what he found.

To-go alcoholic beverage may be for curbside or delivery. It was temporarily made legal in many states. This was to help restaurants, bars, and liquor stores survive the COVID-19 lock-down. However, it’s highly popular with consumers.

As a result, many restaurants, bars, and liquor stores survived. Thus, many jobs were saved. A majority of states have either extended or made permanent alcohol to-go or alcohol delivery.

But does alcohol to-go lead to more drunk driving deaths? That’s a very important question. In particular, could curbside delivery lead people to drink while driving?

The Police Benevolent Association of the New York State Troopers is concerned. It called for the “collection and analysis” of data on the topic. So an investigator used official data to explore the matter.

The National Highway Traffic Safety Administration (NHTSA) tracks drunk driving deaths annually. It also does so by state. The researcher compared states with and without to-go and alcohol delivery during the first year of COVID-19. 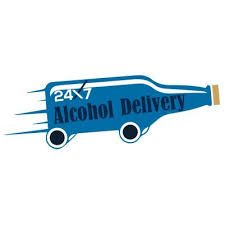 Specifically, the researcher compared whether states permitted to-go or delivery of alcohol for at least five months between spring 2020 and the end of the year.

The Yes and No categories are obvious. The Partial category was for states that had some limitation on to-go or delivery rules in 2020. For example, some permitted to-go or delivery for beer or wine but not spirits. Others allowed only some localities to deliver alcohol. And others only permitted sellers, but not third party agents, to deliver.

States in the Yes or Partial category for to-go alcohol from restaurants and bars were combined. They had a rise of 12.55% in drunk driving deaths. Those in the No category had a rise of 53.65% of such deaths.

On-premises states in the Yes and Partial groups had increases in drunk driving deaths of 14.42%. Those that prohibited alcohol delivery had a rise of 17.8%.

But there was no clear link between off-premises alcohol delivery rules and drunk driving deaths.

There is clearly no link between to-go and delivery alcohol and drunk driving deaths.