Entrapment is illegal because it is an attempt to induce law-abiding people into in crimes. That is, crimes they would not otherwise have committed. It tricks and deceives the innocent into breaking the law. For that reason, it is a federal crime. In the words of the U.S. Supreme Court, entrapment “deserves the severest condemnation.” Therefore, underage alcohol sales entrapment stings are illegal.

Prosecutors dropped charges against a cashier accused of selling alcohol to a minor who was an undercover agent. They must also drop other cases from the sting. 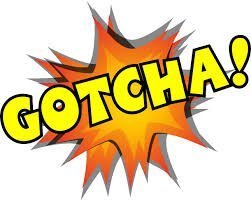 A similar sting operation resulted in the arrest of a bartender. She had served a beer to the same agent. He was several months shy of his 21st birthday. He had a receding hairline. And he was wearing a beard both times.

The bartender was acquitted in a jury trial. Jurors later said they believed she had been set up. The bartender had previously refused to serve another undercover minor.

Police then sent in the “older-looking” agent to entrap her. Although she was an innocent victim, the illegal action cost her time, anxiety, and a lot of money.

The agent, who looks much older than his actual age, served in 16 other stings. They resulted in arrests and high fines. Apparently, his work led to 16 illegal entrapments. As a result, people may have lost their jobs and reputations. And they had to pay high fines.

The U.S. Attorney General’s guidelines for the FBI are based on U.S. Supreme Court decisions. They exist in to protect the rights of the innocent while catching the guilty. Those guidelines insist, for example, that stings can only be against the “unwary guilty,” not the “unwary innocent.”

To prevent illegal entrapment, police should not randomly select people. That would not prevent entrapping a clerk who sells “innocently due to a momentary lapse in judgment.” It could be a result of being rushed, from becoming distracted, or other reasonable cause.

“The only way to ensure that only the ‘unwary guilty’ are caught in the trap is to create a history of the cashier in question with the use of surveillance or repeated compliance checks which are not also sting operations.”

Most of those caught in these stings have passed previous compliance checks. That fact clearly proves that they have no criminal predisposition to make underage sales. Thus, they are the “unwary innocent” if induced by law enforcement to sell to an underage person.

It’s important to enforce the law, but it’s also important to follow the law in doing so. Unfortunately, many agencies fail to protect the rights of innocent citizens. They do so in underage alcohol sales entrapment.

A highly successful alternative to alcohol stings is effective. Give alcohol vendors a financial incentive to confiscate false IDs. Also let them impose civil fines of $1,000. They can impose those on anyone under the age of 21 who tries to buy alcohol from them. Such a program was very successful in Anchorage. Therefore, Alaska expanded it to the whole state.