What can we learn from the French about drinking alcohol? A recent sojourn of Paris’ splendid cafe society spotlighted the French respect for, and the American disrespect for alcohol. 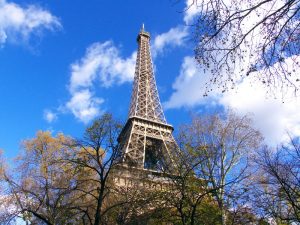 Many enjoyable hours were spent imbibing in historic, treasured brasseries and never was an intoxicated patron observed. What was observed were cheerful friends and families dining and sipping red wine. In America, the parents, the restaurateur and the server would be criminals.

Aren’t our jails full? European laissez-faire attitudes of responsible hospitality and responsible consumption contrast greatly with our’s. We have a Puritanical penchant for turning any pleasurable activity into the forbidden, and therefore, the abused.

In a New York Times article, Jack Hitt raises a dire question and provides a logical answer. “Why do college students drink so stupidly? Because drinking intelligently is against the law.”

The Justice Department funds expensive sting operations insured to ensnare even the most vigilant of responsible licensees. Yet crime and murder plague our cities. Le Guide de Routard warns French visitors to the U.S. “Alcohol is still taboo in American society which is very Puritan and conservative. It allows the free sale of arms, but has outrageous regulations for anything related to taboo pleasures.”

The Virginia House of Representatives is determined to preserve our right to carry guns in bars. Virginia police recently began enforcing long-dormant, archaic laws against public intoxication. Speaking too loudly is grounds for suspicion and possible arrest. Beware, the only place to drink is in the privacy of your or your friend’s home. The end of socialization portends the end of civilization.

In another Jack Hitt article in the New York Times, the French medical anthropologist, Clotaire Papaille stated this. “ Freedom exists on an axis…and in America the other side of freedom is prohibition. They are in tension all the time. Prohibitions of alcohol… compare that to the French where they have freedom but no prohibition.

Among the major changes Euro-Disney made to stem their disastrous losses were special areas for smoking, dogs and drinking. Now the place operates at a profit.” And soon smoking will be prohibited in New York City. Did we not learn anything from Prohibition other than the fact that bootlegger’s made a lot of money? And that it caused a mass immigration of our best and brightest creative artists to flee to Paris’s Left Bank?

The Innocent are Punished

The Federal battle for continued lowering of the BAC punishes the non-problematic social drinker. Yet without decreasing the numbers or the severity of alcohol related auto crashes. Take the weapons (vehicles) away from the repeat and high BAC level offenders and fund alternative modes of transportation.

Disneyland and Disneyworld have emulated New Orleans’ French Quarter. They do this by simulating downtown, walking environments for adults with “go” cups! In all other parts of the country, alcohol is strictly forbidden on the street, in parks or on beaches. No wandering down to the riverside in most towns with a bottle of wine, unlike the French.

In many parts of Europe, outdoor patios are granted tax benefits. In America patios are viewed as threatening to society. And in America, licensed beverage establishments are perceived as places that increase crime. However, we generally decrease crime by increasing street activity and by being the eyes and ears of the community.

Authorities report that barely 10% of Washington, D.C. establishments cause any problems. Yet increased regulations for all, not increased enforcement for the few, are the result.

Our country falsely assumes that all alcohol is evil and that all dispensers of alcohol are irresponsible. Our legislators feel the pressure on them by a select group of cranks. So we concur with Oscar Wilde. He said “It is always with the best intentions that the worst work is done.”

So the French are cool on their Alcool attitudes. American politicians need to address the good that restaurants and alcohol vendors do for society.

Resources on We Can Learn from the French about Drinking

Haine, W. The World of the Paris Cafe. Baltimore: Johns Hopkins U Press, 1996.