Exactly what is alcoholism? Alcoholism isn’t a “thing” but a cluster of behaviors. It’s often called a disease. However, the overwhelming evidence suggests that it is not. Indeed, many doctors reject the theory that alcoholism is a disease. They do so for lack of evidence supporting it. Visit Is Alcoholism a Disease? to learn more about the controversy and decide for yourself.

“I don’t like to call myself a drunk. I prefer to say I have a disease.” Anon.

Considering alcoholism a disease makes alcoholics feel like helpless victims. Instead, they actually have the power to overcome their unwanted drinking behaviors. In Alcoholics Anonymous (A.A.) and almost every rehab they are taught that they are powerless over alcohol. That they must submit their will to God or a Higher Power. They’re taught they will never be able to drink again. And that they will be alcoholic until the day they die. Unfortunately, AA has a success rate of only about five percent.

It appears that alcoholism isn’t a disease but a pattern of behaviors. So people can choose to change their drinking behaviors. Federal government research has shown that most alcoholics do change their drinking behavior on their own. And without any outside help. They usually become either moderate drinkers or abstainers. In reality, attending AA actually reduces their chance of success!

Fortunately, people have many options to help themselves. 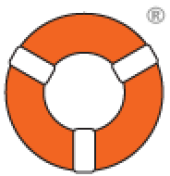 HAMS is a free peer-led support group for anyone who wants to change their drinking or drug behaviors for the better. The acronym HAMS stands for Harm reduction, Abstinence, and Moderation Support.

The Life Process Program is offered online and interactively for alcohol and drug help by Dr. Stanton Peele. This pioneering addictions expert is widely recognized as a leader in the field. It’s very affordable.

LifeRing is a no-cost support group. It helps people live free from undesired substance use by empowering themselves.

Rational Recovery is a free non-12-step  program. It helps people use their own innate power to overcome unwanted drinking or drugging.

Secular Organizations for Sobriety (SOS) is a network of local groups. They work to help people become sober/abstinen. It can be from alcoholism, and addiction, food addiction and others.

SMART Recovery (Self-Management And Recovery Training) is a free program that teaches techniques for eliminating dependence on alcohol.

Women for Sobriety helps women empower themselves to overcome their drinking problems in its free program.

Always remember — alcoholism isn’t is a thing but a behavior.

Resources: What is Alcoholism?

Most Heavy Drinkers Consume Less over Time: Learn Why Some Don’t.

Drink Too Much Alcohol? (Gives practical suggestions for cutting down or moderating alcohol consumption.)

Non-12-Step Programs and Rehabs: There are Many Choices.

Alcoholism is a Behavioral Pattern Best Helped by Behavioral Treatment.

Alcoholism Self-Help Information and Resources: You Can Succeed!

How to Help someone Who Drinks Too Much.

Alcoholic Loss of Control (Basic to Disease Theory of Alcoholism).

Your host receives no benefit for expressing his opinion about any program. Description of a program does not imply endorsement. This site in informational onlt. Thus, it does not make any suggestions about any matter. That includes the question “what is alcoholism?”