It’s never safe to drive a vehicle or operate machinery when ability is impaired. But what is impairment?

Whatever it is, people are opposed to it. Surveys find that the majority of people in the U. S. consider impaired driving to be one of the nation’s most important issues. They consider it more important than healthcare, poverty/hunger, racism, and education.

Impairment can result from a number of things. 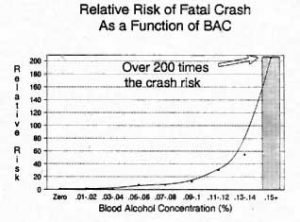 People know that alcohol can cause impairment. Impairment rises gradually at lower levels of blood alcohol concentration (BAC). However, it rises greatly at higher levels of BAC .

About half of all alcohol-related traffic deaths involve drivers with BACs of .16 or higher. Impairment occurs at lower levels. Yet it’s especially important to prevent driving with high BACs.

The best advice is don’t drink and drive. The proportion of auto accidents caused by alcohol is actually unknown. Alcohol-related crashes include accidents that are clearly not caused by alcohol. For example, when a driver who has been drinking stops at a red light and rear-ended by a sober but inattentive driver.

Most crashes do not involve any alcohol. And many that do would have happened anyway. However, when alcohol is involved, reports tend to say they are “caused by alcohol.” The implication is that none of these alcohol-related crashes would have occurred if alcohol had not been consumed.

In reality, alcohol often “contributes” to the crash. The Insurance Institute for Highway Safety points this out. It says “caused by alcohol” is “incorrect and misleading. That’s because alcohol is only one of several factors that contribute to crashes involving drinking drivers.”

Fortunately, the proportion of alcohol-related traffic deaths continues its decline. The rate has dropped greatly over time. Yet we must continue our efforts to reduce it even more.

A single death caused by alcohol consumption is one too many. Each such death is a needless tragedy that permanently traumatizes many others. 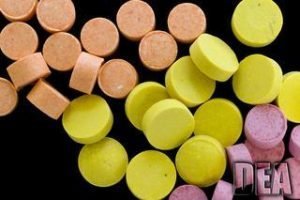 Drugs and driving may be a bigger problem than generally recognized. A New England Journal of Medicine published report on drivers without alcohol in their systems. However, police stopped them for reckless driving. It found that 45% had marijuana and 25% had cocaine in their systems.

The National Transportation Safety Board investigated fatal truck crashes. It found that stimulants were the most frequently unidentified (15%) drug class among fatally injured truck drivers.

Stimulants may be widely used to combat another under-reported killer, driving while sleep-deprived or fatigued. 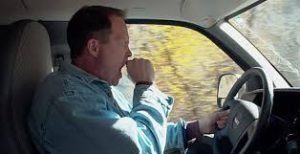 Drowsy driving is greatly under reported because there is no test for it. And many states don’t even have a code for it on their vehicle accident reporting forms.

The National Highway Traffic Safety Administration estimates that about 100,000 police-reported crashes annually involve drowsiness/fatigue as a principle cause. Driver inattention and lapses probably contribute to about 1,000,000 crashes annually. That’s one-sixth of all crashes. Sleep deprivation and fatigue make such lapses of attention more likely to occur.

The National Science Foundation found that 62% of all adults surveyed in the US reported driving while were drowsy. And that was just during the previous year. Twenty-seven percent reported that they had, at some time, fallen asleep while driving. New York State Police estimate that 30% of all fatal crashes on the Thruway occur because drivers fall asleep. Studies suggest that truck driver fatigue may contribute to at least 30 to 40% of all heavy truck accidents.

In addition to preventing impairment, it’s important not to become distracted. Such things as using a cell phone, eating, combing hair, or applying make-up while driving easily cause distraction.

Resources for What is Impairment?

We Save Lives: Drugged, Distracted, and Drunken Driving.

Intoxication and Distraction are Dangerous for Driving.

Elvik, R. Risk of road accident associated with the use of drugs. Acc Analy Prev. 2014.

All references are from the Ins Inst Highway Safe web site.