History of Wine in the 19th Century

Industrialization grew quickly during the century but had little direct impact on wine. It was nature that had the big impact through the spread of Phylloxera. That’s an insect that kills grape vines. Most of Europe’s vineyards were destroyed or badly damaged. The future of wine in the 19th century looked bleak. Then an obscure scientist in Texas saved the vines through his idea. Vineyards and wine would survive the disaster.

There were also changes in winemaking. Early in the century chemist Jean-Autoine Chaptal suggested adding sugar to the crushed grapes. That was to increase the alcohol content of the wine. This process, which is legal in France, is called Chaptalization. But that’s just one of many parts in the story of wine in the 19th century.

1808
The Portuguese royal family moved to Brazil and repealed the prohibition against viniculture. Wine consumption became incorporated into meals, social gatherings and numerous other activities in the country.1

1810
A French Huguenot planted grape vines in the Hudson Valley of New York State. This planting became the nucleus for what later became the Brotherhood Winery. It is the oldest winery that has been in continuous operation in the U.S.2

1811
• Canada’s first vineyard was planted. It was located near Toronto, Ontario.3
• The first grape vines were planted in Hawaii.4

1815
• Wine pioneer Agoston Haraszthy built the Buena Vista winery in California. It grew to 6,000 acres (2,430 hectares). It produced award-winning wines and had offices in San Francisco, Chicago, Philadelphia, New York and London.7
• The first commercial winery in New Zealand was established.5
• It was proven that each mole of glucose produces two moles each of CO2 and ethanol.6

1816
• ‘Sparkling Catawba, of the pure, unadulterated juice of the Catawba grape, transcends the Champagne of France’ reported the Illustrated London News.8
• The presence of bacteria in wine was first described by Louis Pasteur.9

1817
The Ashante people live in what is now Ghana. They produced large quantities of palm wine before European settlers arrived.10

1823
The method of measuring alcohol by suppressing the boiling point was invented.13

1825
Sparkling wine production, which continues there today, began in Slovakia.14

1824
• Nicholas Longworth planted Catawba vines in his vineyard near Cincinnati, Ohio. Three years later he produced his first Catawba wine. He retired from the practice of law to devote his time to viticulture and wine making, which became very successful.15
• The first hybridization in viticulture was reported.16
• A critic wrote that ‘the wretched Lisbon wines acquire what little taste they have from oak chips.’17

Cir. 1825
The first grape vines were planted in what is now the state of Washington. It was by a trapper at Fort Vancouver on the Columbia River.18

1830s
•Wines were first produced in Missouri.19
•Vineyards were first planted along the Ohio River in what is now West Virginia.20
• The first vineyards in Alabama were planted. The state developed a flourishing wine industry before prohibition destroyed it.21

1833
• The first commercial winery in California was established by Jean-Louis Vignes. He was also the first to import European vines and the first to export California wines.25
• After England passed the Slavery Abolition Act, South African vineyards experienced economic problems.26

1834
The Brotherhood Winery in New York State began commercial production. It would, as indicated above, become the oldest winery in continuous operation in the U.S.27

1838
Near present-day Yountville in Napa County, California, trapper Gorge Yount planted a few Mission grape vines. They were near his log cabin to make wine for his own use.28

1840s
• The first commercial wine successfully produced in the U.S. was made of Catawba grapes by Nicholas Longworth in Cincinnati, Ohio.29
• Wine pioneer Agostin Haraszthy planted a vineyard in Wisconsin before he moved to California, He later where planted more vineyards there.30
• Wines were produced in New Zealand beginning in the 1840s.31

1840
North Carolina was the largest producer of wine in the U.S.32

1845
Brigham Young ordered vineyards to be planted and a winery to be built in Utah.33

1847
•  Over 600 acres (9,240 hectares) of vineyards on the banks of the Mississippi supplied at least 40 wineries in Nauvoo, Illinois.34
• The use of sulfur to control powdery mildew was first described.35

1848
• The first winery in Israel in modern times was established.36
• The first truly dry or brut Champagne wasn’t produced until an English merchant ordered some without sugar added. The curiosity proved to be popular with customers.37

1855
The 1855 Classification of Bordeaux wines was created at the command of Napoleon. The Chamber of Commerce developed the classification. It had wine dealers compile a list of the best producers of wine. They did so based solely on the prices of the wines. Were prices an accurate indicator of wine quality? Probably not. Today we know that ‘Blind tastings and academic studies robustly show that neither amateur consumers nor expert judges can consistently differentiate between fine wines and cheap wines….’42

1860s
• Sulfur dust was widely used to effective control fungal diseases.44
• The first winery in the state of Washington was built near Walla Walla.45
• Grape vines were planted in the Australian state of Queensland.46

1861
• South African wines flourished in the nineteenth century when it was a British colony. But after Britain lowered tariffs on French wine, South African wines lost their competitive advantage. Sales dropped and viticulture declined.50
• The Single Bottle Act of 1861 in Britain permitted retailers who paid a relatively low license fee to sell wine for consumption away from the premises or ‘off premises.’51
• Burgundy created its wine classification system.52 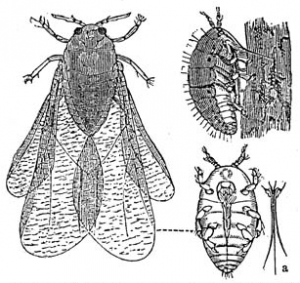 Phylloxera vastatrix is  a grape vine parasite.  Vines native to the US are resistant to it. It was accidentally brought to England. Two years later it spread to France. It quickly  migrated all over Europe and elsewhere. In the 1870s it destroyed 70% of French vineyards and still spread. It threatened to destroy the entire European wine industry. It was the biggest threat to wine in the 19th century. A scientist in Texas suggested grafting European vines on American rootstock. It worked.This finally saved the wine industry. But the French resisted using the proven solution. And they did so for 16 years.53

1864
• The reduction in wine acidity dung the later stages of vinification was recognized.54  It is now known as malolactic fermentation.
• Louis Pasteur demonstrated that yeast are living cells and that they cause wine fermentation.55

1870
• Charles V. Riley the first state entomologist for Missouri, identified Phylloxera as the pest destroying vineyards in Europe.62
• Entomologist Thomas V. Munson of Texas suggested to French officials that grafting vinefera vines onto the rootstock of vines native to the U.S. might save their grape industry. The procedure was finally accepted and was highly successful. France awarded Munson the Chevalier du Merite Agricule, the highest award that could be given to a foreign civilian. In 1888, he was inducted into the Legion of Honor. To commemorate the award, a Centennial Celebration was held in Cognac and Denison 100 years later.63
• The Uruguayan wine industry began when the Tannat grape vine was brought into the country.64

1871
The first wine was exported from Brazil.65

1873
The young Australian wine industry had clearly achieve considerable success. “At the 1873 Vienna Exhibition the French judges, tasting blind, praised some wines from Victoria, but withdrew in protest when the provenance of the wine was revealed, on the grounds that wines of that quality must clearly be French.”66

1875
Malligard developed his ‘ebullioscope,’ which was modified in 1881 by Salleron to measure alcohol. The Salleron ebulliometer enabled accurate measurement of alcohol for the first time.67 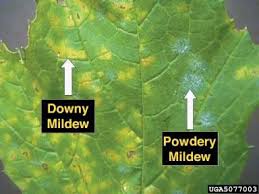 1878
• Downey mildew (as distinct from powdery mildew) appeared in France. It began devastating vineyards by killing green parts of the vines.68
• Australia continued to produce wines of very high quality. A Shiraz (also known as Syrah) competed in the 1878 Paris Exhibition. It was likened to Chateau Margaux and “its taste completed its trinity of perfection.’69

1882
• The Muller-Thrugau grape was hybridized from varieties having qualities desirable in wine.77
• Australian wines continued to win high honors in French competitions. One Australian wine won a gold medal “first class” at the 1882 Bordeaux International Exhibition.77

1883
The first winery in Chile was established.79

1884
California produced 1,250,000 gallons of wine. An infestation of Phylloxera soon caused a dramatic reduction in production.80

1885
Argentina began the production of large quantities of quality wines. This was possible with the opening of a railroad linking the city of Mendoza to Buenos Aires.81

1890s
The first vineyard in Nebraska was planted.85

1890
• The practice of inoculating pure strains for wine fermentation was begun.86
• Zinfandel was the most popular wine in the U.S.87

1891
• The fact that bacteria rather than yeast caused acid reduction in wine was discovered.88
• Napa Valley in California had about 18,000 acres (7,300 hectares) of vineyards. But Phylloxera later reduced that to only about 3,000 acres (1,200 hectares).89
• To counter the affects of temperance groups, the Wine and Spirits Association was established.90

1893
Edward Fairchild began commercial production of Concord and Delaware wine near Oklahoma City in the state of Oklahoma. When the state became dry (imposed alcohol prohibition) in 1907, it destroyed his winery.91

1894
The California Wine Association was formed by seven of the largest wine companies. It grew to produce about 80% of the state’s wine.92

1895
The American consul in Le Havre reported to Washington that a great deal of what was being shipped to the U.S. as French wine was fraudulent.93 Much of it was probably produced from grapes grown in the African cony of Algeria. It was possibly even made into wine there before being passed off as wine produced in France. Fraud was a part of wine in the 19the century.

1897
It was discovered that yeast extracts that did not contain living cells still underwent fermentation. This ‘fermentation enzyme’ was named ‘zymase.’94

We’ve seen the major problem faced by wine in the 19th century. It was  Phylloxera.  Thomas V. Munson of Texas had a solution. It was grafting European vines onto American rootstock. Sixteen years passed before it was accepted. But it’s now standard practice around the world.

A cure has never been found. The aphid has evolved and more resistant rootstock has been developed. But the struggle continues. Not only against  Phylloxera but against emerging insects and diseases. That was the major part of the story of wine in the 19th century. And it continues today.

References: Wine in the 19th Century

61. The History of Japanese Wine.

89. A History of the Napa Viticultural District.