Wine experts and wine snobism can intimidate people. We’re afraid to trust our own judgment of what we like. Or of what we think we “should” like.

Most people want a good wine at a good price. Should you rely on wine experts? Their advice should be, well, expert. As we’ll see, the experts aren’t really so expert. And the scientific evidence proves it!

Or people often say that you get what you pay for. That suggests paying a high price. But that could be very expensive. And would we really be able to tell the difference between an expensive and an inexpensive wine?

Wine bottles often sport neck hangers touting their “wine score.” But this can be confusing. There are different ratings from different experts. And they don’t agree.

Bottles sometimes bear gold stickers proclaiming their victories in wine competitions.  Or they have labels showing that the maker considers them to be especially good. So they’re labeled “reserve wine” or a similar trerm.

It all seems confusing. But it’s easy to pick good wine at a good price if you know the trick.

I. Wine Descriptions of Wine Experts

What about using the descriptions of experts? That sounds like a good idea. At the University of California at Davis, researchers were clever. They “secretly added color to a dry white wine to simulate a sauterne, sherry, rose, Bordeaux and burgundy.”  Then they asked wine experts to rate the sweetness of the various wines. The esperts’ “sweetness judgments reflected the type of wine they thought they were drinking.” This doesn’t reflect well on the ability of wine experts.

Frederic Brochet is a professor at the University of Bordeaux in France. He asked 54 wine experts to describe the taste of a glass of red and a glass of white wine. They described the red wine in terms typical of red wine, such “jammy” and “crushed red fruit.”

Research has found that the style of music being played can greatly effect how wine is perceived.

Unknown to the experts was that both glasses were white. The “red” wine was actually white wine to which the researchers had added tasteless red food coloring.2 The apparent color of the wine was enough to influence dramatically their perceptions of the same white wine.

The total alcohol content of a standard serving of beer, wine, or spirits is the same. It’s 0.6 of an ounce.

In another study, Brochet asked 57 wine experts to describe two wines. One was from a prestigious chateaux. The other was an ordinary table wine. The resulting descriptions were strikingly different.

Again, unknown to the experts was that both the prestigious and the ordinary wines were really the same wine. It as a middling Bordeaux. Nevertheless, the supposed grand cru was described as “full,” “complex,” balanced,’” “excellent,’” and “premier.” The supposed ordinary vin de table was found to be “weak,” “simple,” “flat,” and “faulty.”3

The Wine News printed an expert’s description of a wine. It was “a Silverado Limited Reserve Cabernet Sauvignon 2005 that sells for more than $100 a bottle.  The expert described it as “Dusty, chalky scents followed by mint, plum, tobacco and leather. Tasty cherry with smoky oak accents.”

Another publication, The Wine Advocate, described a wine. It had “promising aromas of lavender, roasted herbs, blueberries, and black currants.” What is striking about this pair of descriptions is that they are of the same wine! Yet one wine expert lists eight flavors and scents, the other four. Importantly, “none of [the terms] coincide.”4 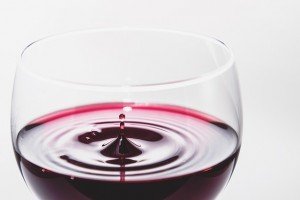 This isn’t surprising because not even flavor-trained professionals can reliably detect more than three or four compounds in a mixture.5

To determine if wine consumers could match wines to the descriptions given by experts, Roman Weil conducted a simple test. He selected wines of similar characteristics (including grape type, color of wine, regional origin, sweetness, and age). They had been described by the same expert using very different words.

White wine gets darker as it ages. But red wine gets lighter as it gets older.

The pairs were given blind to testers. They were mostly highly educated upper middle-class individuals who were experienced and avid wine drinkers, but not experts. Each taster was given one wine in one glass and a second wine in two other glasses. They had to distinguish the two wines from each other.

They were able to do this much better than if done solely by chance. Those tasters who successfully distinguished between the wines were given another task. They were asked to match each with the descriptions given by wine experts. Only 49.4% were able to do so correctly.

Weil concluded that “Wine drinkers cannot match better than chance wines with their descriptions. Wine words used by critics to convey analogy to fruits, vegetables, minerals, and odors are worthless.” 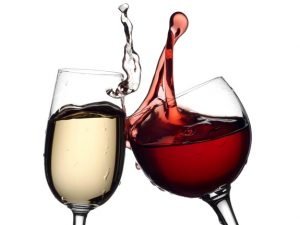 The tasters were again mostly highly educated wine enthusiasts rather than experts. They were given wines blind from the same producers except for vintage. Weil found that his 240 wine drinkers could not distinguish between wines of good and bad vintages, except for Bordeaux. (It apparently produces some truly appalling vintages.)

Moreover, even when they could distinguish, their preferences for the good over the bad vintages were no better than pure chance.7 That is, they were about as likely to prefer bad vintages as good ones. This has clear implications for selecting good wine at a reasonable price.

Perhaps buying a reserve rather than a regular bottling of a producer’s wine would be wise. The vintner, a wine expert. has judged that some of the wine is superior and labeled it reserve (or a similar term).

In this test, Weil gave tasters wine from a reserve and a regular bottling from the same producer and year. As in the earlier tests, the tasters were avid wine drinkers, but not experts. Nevertheless, they were not particularly good at distinguishing between reserve and regular wine. Of those who were able to identify the reserve, fewer than 52% preferred it to the regular wine.8 This, in spite of the vast differences in prices. For example, $56 for the regular but $200 for the reserve wine. This doesn’t seem promising as a way to select good wine at a reasonable price.

In 2012, Rudy Kurniawan was convicted of massive wine fraud involving the sale of over $20,000,000 of counterfeit rare wine. His fraud was not uncovered because someone tasted the deception. Not a single expert did. He was caught only because he made mistakes on some of the labels.19

What about using groups of experts such as the panels that judge wine competitions? Charles Shaw Chardonnay won the top prize at the most prestigious wine competition in the US. It’s the California State Fair Commercial Wine Competition. The Charles Shaw won by beating out over 350 competitors. The wine is better known as Two Buck Chuck and sells for under three dollars. But it won top prize, the Double Gold. Second place was won by an $18 wine. The most expensive entrant, at $55, failed to win any medal.

This suggests that price is a poor indicator of quality. Something seems amiss with either the judges or the prices. They can’t both be right about quality. Fred Franzia of Charles Shaw says he sells his wine for a fair price. Others, he says, are charging too much.

Soon thereafter, another blind competition included world-famous and very expensive Bordeaux wines such as Chateau Mouton Rothschild and Chateau Haut-Brion. They were pitted against wines made in New Jersey. The nine experts judging the competition were French, Belgian, and American experts. A French wine was ranked the highest in both red and white categories. That, although both French judges preferred the New Jersey reds over those from Bordeaux. Clos des Mouches barely edged out Unionville Single Vineyard and two other Jersey white wines.10 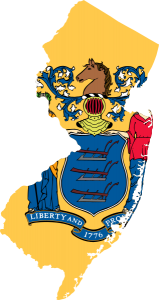 The Bordeaux wines cost about twenty times as much as those from New Jersey. But there was also wide variance among judges. For example, scores for 11 Mouton Rothschild ranged from 11.0 to 19.5. A statistical analysis of the scores was made by Princeton Professor Richard Quandt. He found that the rank order of the wines was of little significance. The rankings were not reliable and would probably be different even if the same judges repeated the comparison.12 Are the New Jersey wines under-priced or are the Bordeaux wines over-priced? Which would be a good wine at a reasonable price? In any case, the the judgments of wine experts is basically worthless.

A vintner told writer Peter Hellman about a winery that sent three bottles of the same wine with three different labels to a competition. Two bottles were rejected, one with the comment “undrinkable.” The third bottle, containing the identical wine, was awarded a double gold medal.13

Robert Hodgson made a study of over 4,000 entrants in 13 wine competitions. He found that

(1) There is almost no consensus among the 13 wine competitions regarding wine quality.

(2) For wines receiving a Gold medal in one or more competitions, it is very likely that the same wine received no award at another.

(3) The likelihood of receiving a Gold medal can be statistically explained by chance alone.14

“The academic literature on the taste and quality of different wines is robust and damning: when tasting wines without reference to their name, type, or price, no one can consistently identify them or rate their quality.”15

The Fun Story of How I Learned That Many “Wine Experts” Are Full of Crap.

Wine Tasting is Bullshit. Here’s Why.


An anonymous blogger responded to the inability of expert tasters to differentiate between expensive and other wines. The comment was that just because they can’t taste the difference, doesn’t mean it’s not there. But why would anyone want to pay more for supposed quality that neither they nor experts can taste? Perhaps feelings of inadequacy? Snobbery? Desire to consume conspicuously?

Few wine experts ever acknowledge their limitations. However, a few do. A legendary wine master was the late Harry Waugh. He “was once asked when he’d last confused a wine from Bordeaux for one from Burgundy. ‘Not since lunchtime,’ he said.”16 Another humble expert was the Bordeaux winemaker who told of his embarrassment at a blind wine tasting. In it, he failed to identify his own wine.17

Perhaps the vintner should have taken his failure as a badge of pride. After all, Dr. Brouchet said of wine experts, “the more training they have, the more mistakes they make.”18 Perhaps that’s hyperbole. But it does suggest that the judgments of wine experts are little better, if at all, than of anyone else.

Where does this leave consumers trying to buy good wine at a reasonable price? The evidence doesn’t support the idea of relying on descriptions by experts, opinions of experts, or good vintages. Nor of panels of experts, reserve wines, awards from wine competitions, or price. So, what’s a the best way to choose wine?

A reasonable suggestion would be to start by trying a variety of inexpensive wines. Then try buying more expensive examples of your favorites. Tasting them blind would obviously be necessary. Continue this process until you find that the increased price seems to bring no increase in preference. The lower that price point is, the more fortunate you will be.

Fine wine vs plonk: Can you tell the difference?

You can buy good wine at a reasonable price. Ultimately, you are the one who decides which wines are the best wines for the money. Not wine experts.

A votre sante’, skoal, l’chayim, salud, prost, or, in English, “to your health.” But always in moderation. 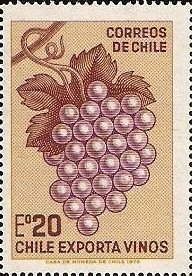 Readings (Other) on Wine experts 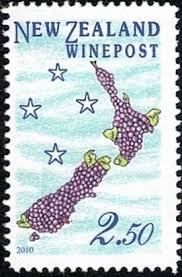 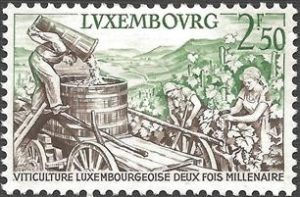 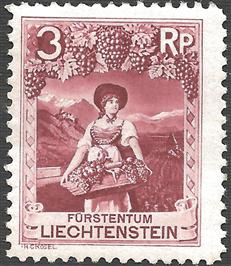 2. Brouchet, F. Chemical Object Representation in the Field of Consciousness. Posted on website of the Amorim Acad. 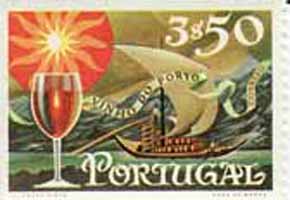 Now you know how to find good wine at a reasonable price. And you won’t be intimidated by wine experts and wine snobbism. So enjoy the search!