History of Wine During the 18th Century

The period of 1700 t0 1799 was one of enlightenment. Technology advanced  and political ideals were popular. Wine in the 18th century reflected societal changes. Important for wine were both technological and social revolutions.

• Winemaking began in Australia (New South Wales) in the late part of the century.1
• By the eighteenth century, Constantina wine from South Africa had become popular among European royalty.2
• Vintners in the Paris area stressed volume over quality. Therefore, by the 18th century their reputation was poor quality.3

1700
By this time, popularity of sparkling Champagne was very high. So dealers sold it for twice the price of the best still wine from the region.4

1703
• Portugal created the oldest appellation system in the world, that of the Douro Valley.5
• The Methuen treaty reduced British tariffs on Portuguese wine, thus giving them preferential treatment over French wine imports.6

Cir. 1717
The Spanish planted the first large-scale vineyards in northern Mexico. To secure their monopoly over wine, they imposed many restrictions against other vineyard plantings.7

1720s
As the demand for both inferior and good wines increased, the profits of French vintners grew.8

1727
A description of winemaking in Burgundy explained one way they reduced labor costs. It was by “putting little Children into the Tubs to tread the Grapes to Pieces, who by running about in these large Tubs, as the Grapes are throwing in, tread them under their Feet, which more effectually bruises and heats them, than ’tis possible to do by beating with Sticks or Battoons.”10

1730
• John Clarke invented the hydrometer in London. Among its uses was measuring the the alcohol content of wine and other alcoholic beverages.11
• Tokaji vineyard classification began. There were three categories depending on soil, exposure to sun, and potential to develop ‘noble rot’(botrytis cinerea).

1731
The English navy granted sailors a choice. Their daily alcoholic beverage ration could be in the form of a pint of wine or a half-pint of rum. Or they could have the traditional gallon of beer.12 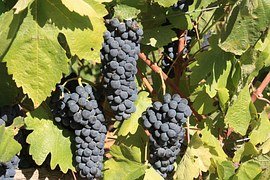 1756
Portugal declared that the Douro region was the only place that could produce wine sold as “Port”. Thus, it is one of the world’s oldest established appellations.18

1760s
• A market for aged wines emerged by the early 1760s. A London publisher was selling a cellar-record book for listing wine purchases and consumption.19
• The Royal Society of the Arts in London recognized two wineries in New Jersey. It said they produced the first quality wine from colonial agriculture.20

1781
• Vintners first used corks as a common closure of wine bottles. This made it possible to age wine in bottles.23
• Priests at San Juan Capistrano made the first wine in California..24

1789
• The chemist Lavoisier showed that fermented sugar produces CO2 and ethanol.27
• After the French Revolution, the goernment confiscated vineyards owned by the Church and nobles. It subdivided them into small plots and distributed to many owners. French law rejected primogeniture. Instead, it divided property equally among heirs. This further subdivided vineyard property into ever smaller parcels. In Burgundy the resulting inefficiencies caused the rise of. wine brokers (negociants). They buy wine from the many owners of small plots, blend it, and then sell it under their own names.26 The Revolution had a major impact on French wine in the 18th century.
• Portugal prohibited vineyards in Brazil to protect its own wine industry.28

References: Wine in the 18th Century