When we travel, we’re often surprised at how people in other cultures do things. For example, their eating, drinking, and other life styles can be quite different. Here we look at world drinking trivia.

Chicha is an alcohol beverage that people have made for thousands of years in Central and South America. The process begins with people chewing grain and spitting it into a vat. An enzyme in saliva helps change starch in the grain to sugar, which then ferments.1

When a young Tiriki man of Kenya wants to marry a woman, he offers her beer. If she then spits some of it into his mouth, she accepts his proposal.2  Hmmmmm…..What do you say we just live together?

When a king among the Bagonda people of Uganda dies, he leaves several widows. They have the great honor of drinking the beer used to clean his entrails.3

When two Chagga men of Tanzania want to become blood brothers, they share a drink of beer mixed with their blood and saliva.4

The Chagga people also have an interesting belief. It’s that a liar will be poisoned after drinking beer mixed with the blood of a recently sacrificed goat.5

The Abipone people of Paraguay consider non-drinkers to be “cowardly, degenerate and stupid.”6

The Uape Indians live in the upper Amazon region of Brazil. They cremate their dead. Then they add their own unique twist to the practice. They mix the ashes of the deceased with with casiri, the local alcohol beverage. Then all members of the deceased’s family, young and old, then drink the beverage with great reverence and fond memories.7  Cheers! (Wonder how this tastes.)

The Lepcha people of Tibet believe alcohol to be the only proper payment for teachers.8

Gold!? Kinpaku-iri sake contains flakes of real gold. While this adds a touch of extravagance, it doesn’t affect the flavor at all.9

People in Portugal still sometimes crush grapes by walking on them (‘foot treading’). They typically do so in producing a small quantity of the most expensive port wines.10

“Vodka” is Russian for grain spirits that haven’t been flavored. It means “little water.”12

Whiskey and whisky are both grain products. Whiskey is the usual American spelling, especially for beverages distilled in the U.S. and Ireland. Whisky is the spelling for Canadian and Scotch distilled beverages.13

Beer costs less than Coke in the Czech Republic.14

Of all the countries with armies stationed in Bosnia, only the U. S. forbade its soldiers from consuming alcohol.15

Beer is available in vending machines and by street vendors in Japan.16

In some countries the penalty for driving while intoxicated can be death (yes, death). However, in Uruguay intoxication is a legal excuse for having a crash while driving.17 “Please believe me officer, I really was drunk.”

The entire production of kosher wine, including cultivation of the grapes, must be performed by Sabbath-observant Jews and it remains kosher only if opened and poured by an orthodox Jew.19

The U.S. has the highest national minimum drinking age in the entire world.21

Many high school cafeterias in Europe serve alcohol to their students who choose to drink.22

The U.S. has the strictest youth drinking laws in Western civilization.23 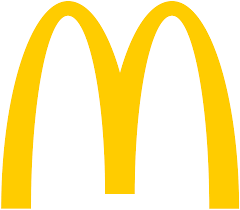 McDonald’s restaurants in some European countries serve alcohol. That’s because otherwise parents would be less willing to take their children to them.24

Research from around the world generally shows that countries with higher alcohol consumption have fewer drinking problems. That’s in comparison to those countries where consumption is relatively low.25

Abstention is much more common in the US than in any other Western country.26

Now you have some world drinking trivia to share with family, friends, and co-workers. Have fun!

Douglas, M. Constructive Drinking: Perspectives on Drink from Anthropology. NY: Routledge, 2010. Now you have some world drinking trivia to share with family, friends, and co-workers!