This page will help you understand Wyoming alcohol laws and avoid expensive fines or even jail. Not to mention time and embarrassment.

Wyoming alcohol laws apply both to residents and visitors. It’s easy to forget that Wyoming’s alcohol laws may be different than those in some other states. But ignorance of this fact carries no weight in court.

Young people in Wyoming often want to work in the hospitality industry. They want to know the ages needed for jobs working around alcohol. How young can a server be in a restaurant selling alcohol for drinking on-site?

Does a person have to be older to tend bar? What about for working in a store selling alcohol for drinking off-premises?

Note that Wyoming counties and cities can modify the above ages and restrictions. So it’s important to check locally.

Persons of any age under 21 may legally drink alcohol if a member of the “immediate family” is present. In addition, they may do so in both private and public locations.

Many parents do this to demystefy alcohol and promote moderation. They believe it’s better for youth to learn in the parents’ house than in a fraternity house.

Those under 21 may not buy alcohol under Wyoming alcohol laws. But they may buy it for police entrapment.

Use of a false ID to obtain alcohol by anyone under 21 is a crime.

It is also illegal for anyone of under 21 to drive with a blood alcohol concentration (BAC) higher than 0.02%.

Wyoming has a government alcohol monopoly state over selling wine and spirits for use off-premises. That means poorer selection and higher prices.

Package stores, bars, and restaurants can sell or serve alcohol any day of the week. And they can do so between 6:00 a.m. and 2:00 a.m. That’s state law. However, municipalities can be more restrictive. Especially for Sunday sales.

It’s a violation of Wyoming Alcohol laws to sell alcohol to anyone under the age of 21. That includes adults under that age.

It’s illegal for anyone under age 21 to buy, or attempt to buy, alcohol. However, they may do so to help police entrap sellers.

Parents may buy alcohol in restaurants, bars and other places serving alcohol for their offspring to drink with them.

It’s also legal in Wyoming to remove a partially consumed bottle of wine from a restaurant, bar, etc. This law helps prevent over-consumption so as not to “waste” the wine. Thus, it promotes traffic safety.

The penalty for destroying the label on a beer keg is a fine of up to $500.

Visit Avoid a DWUI in Wyoming (5 Things You Need to Know about DWUI).

Wyoming alcohol laws prohibit driving with a blood alcohol concentration (BAC) of 0.08% or higher. For those under 21, it’s 0.02% or higher.

The exact penalties depend on the circumstances and the judge involved.

The penalty for a first DUI conviction can be driver license suspension for 90 days. For a second, it can be one year. And for a third, three years.

With a third conviction, the driver must take an alcohol abuse course. The judge can also require alcohol assessment and treatment. In addition, the judge can order the installation of an ignition interlock on the offender’s car. Also the offender must pay for this expensive device.

Wyoming alcohol laws do not increase penalties for driving with BAC levels far above the maximum legal limit.

The state prohibits possession of an open alcohol container by anyone of any age in a motor vehicle. However, there’s no law against open containers that are not in a vehicle. That is, elsewhere.

All drivers have a U.S. Constitutional right to decline submitting to a breathalyzer test. However, the state punishes drivers who use their right. The penalty for refusing to submit can include driver license suspension for up to one year.

For that reason, lawyers strongly urge drivers never, ever take a field sobriety test. They say to politely decline. And to do so as often as necessary.

However, that may take strong willpower. That is because officers have clever ways to get drivers to take them. They often falsely say that the law requires it. That’s simply untrue. In fact, no law in any U.S. state requires it.

Wyoming alcohol laws prohibit boating under the influence (BUI). The influence can be from alcohol and/or drugs.

Boaters are intoxicated if their BAC is 0.10 or higher within three hours after operating a vessel. Or if alcohol and/or drugs make them unable to operate a watercraft safely.

The state punishes boaters guilty of BUI. It does so by fining them up to $750.00 and/or jailing them for up to six months. It may also suspend their boating license for up to two years. 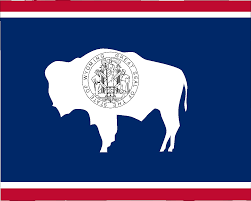 Get reliable information on Wyoming Alcohol Laws.
Wyoming’s alcohol laws can sometimes be unclear. Exactly who is an “immediate family” member? Must an immediate family member be at least 21 to give alcohol to another family member under 21? Such things can make all the difference in the world. “The devil is in the details.”

It’s easy to make a mistake. And that could cause big problems. So don’t rely on the information on this site. Nor on any other site. The stakes are too high.

Get information and advice about Wyoming alcohol laws from an expert. That is a lawyer holding a license to practice in the state.

Alcohol practices vary across the state. Therefore, it’s wise to select a lawyer very familiar with the locale in question.

At this point you know more about Wyoming Alcohol laws than most residents of the state. Congratulations!