Rheumatoid arthritis risk is reduced by drinking alcohol. It can be beer, wine or spirits. Drinking any or all of these reduces the risk. In moderation, of course. 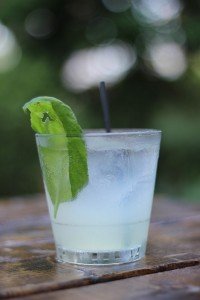 Rheumatoid arthritis (RA) is an incurable inflammatory disease. It’s an autoimmune disorder. The immune system attacks the victim’s own body instead of an infection. Thus the body is attacking itself. However, the reasons are unclear.

The target of these attacks is the synovium.  That’s the lining of the membranes that surround joints. The inflammation that results from these attacks causes the synovium to thicken. This can destroy the cartilage and bone in the joint.

The ligaments and tendons that hold the joints together stretch and weaken.  The joints can then loosen and become mis-aligned.

Many people also experience other symptoms.

Rheumatoid arthritis tends to affect smaller joints first. Usually in the fingers and toes. Symptoms then tend to spread to the wrists, elbows, and ankles. Then to the knees, hips and shoulders.

The inflammation of RA can also cause problems in other parts of the body.

Eyes. Can be dry, painful, red, sensitivity to light.

Mouth. Can be dryness. Gums can be painful or infected.

Skin. Can have rheumatoid nodules. These are small lumps under the skin over bony areas.

Lungs. Can be Inflamed  and scarred, causing shortness of breath.

Blood Vessels. Can be inflamed, causing damage to nerves, skin, and other organs.

Blood. Can have a lower number of red blood cells (anemia).1

The inflammation of rheumatoid arthritis can cause heart problems. It can also promote osteoporosis and carpel tunnel syndrome.

A number of other factors are believed to increase the risk of the  disease.