This drinking history timeline shows major event in alcohol and drinking around the world. It presents them over the past 12,000 years in chronological order.

Humans have used alcohol for thousands of years. It has provided needed nutrition and caloric value. This helps explain the frequent lack of nutritional deficiencies in some populations even today whose diets are generally poor. The levels of amino acids and vitamins increase during fermentation.1  Modern food technology uses enrichment or fortification to improve the nutrition of foods. But fermentation nutritionally enriches naturally.2

The desire to raise grain for brewing encouraged the transition from nomadic hunting and gathering to settling in agricultural communities. This was the beginning of civilizations.

Alcoholic beverages have long served as thirst quenchers. This is important in a world in which water has generally been either unhealthful or questionable at best. Ancient writers rarely wrote about water, except as a warning.3

In the late eighteenth century most Parisians were poor. They had the choice of drinking alcoholic beverages or water from a very polluted Seine.4 Coffee and tea were expensive. People didn’t commonly consumed  drink them on a daily basis in most of Europe. That didn’t occur until the mid-nineteenth century.5 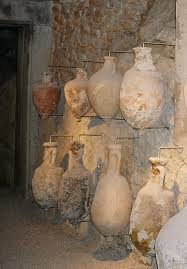 Alcohol has historically been therapeutic or medicinal. It has clearly been a major analgesic, and one widely available to people in pain. It has not only provided the caloric energy needed for hard labor, but also a relief from the resulting fatigue.

Alcohol has frequently served as a medium of exchange. For example, in Medieval England, ale often paid tolls, rents and and debts.6

Historians and chroniclers tend to note problems rather than normalcy. They often write about any problems caused by alcohol abuse. Rarely do they write about the non-events of its typical, moderate consumption. But they’re both important parts of the the world’s drinking history timeline.

The founding Director of the U.S. National Institute on Alcohol Abuse and Alcoholism concluded that “… alcohol has existed longer than all human memory. It has outlived generations, nations, epochs and ages. It is a part of us, and that is fortunate indeed. Alcohol will always be the master of some. But for most of us it will continue to be the servant of man.”7

The story of alcohol is fascinating. Alcohol has long played a major role in human life. And it continues to do so today. This drinking history timeline helps us discover the story.

Unger, R. Beer in the Middle Ages and the Renaissance. Philadelphia: U Pennsylvania Press, 2007.